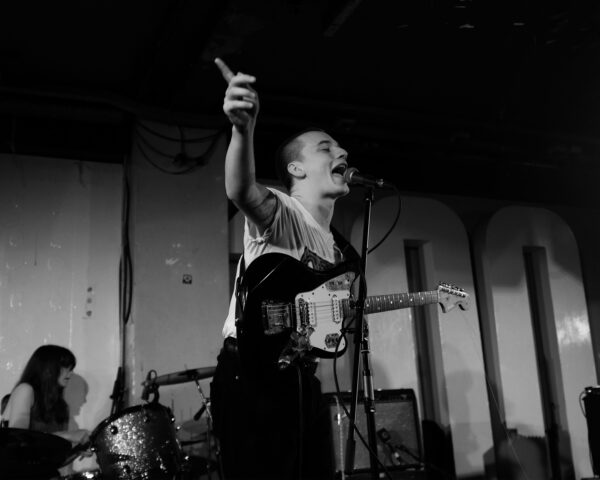 The initial loss of live music hit us all hard. This huge gaping hole in our lives, an unquenchable thirst for mosh pits and pints and oh! the nationwide mourning for the festival-less summer…

The weeks without gigs turned into months without gigs and it seemed we all had to come to terms with this new, shitty, gig-less world. But amidst the laggy live streamed performances and sofa sessions, a few rule-benders and innovators have begun to creep out of the shadows… 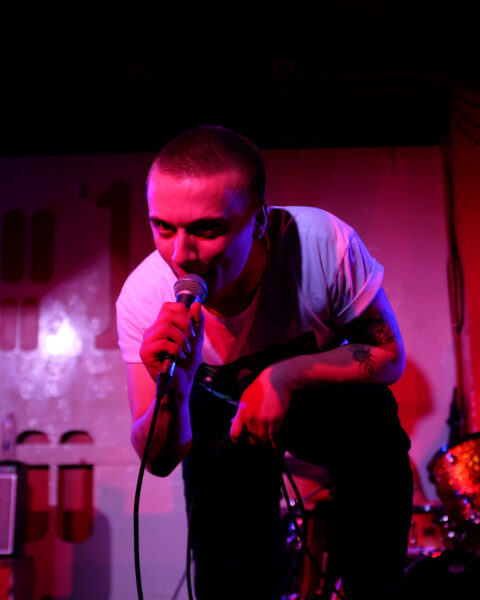 The 100 Club is a beautifully stubborn fortress. The very beating heart of live music in London for decades, this hallowed venue shut its doors on March 14th for the longest time it’s ever gone without a show. Sybil Bell of Independent Venue Week commented that even during World War 2 and The Blitz they were putting on shows.
Strangely, my last gig before lockdown was the phenomenal Murder Capital show at the very same 100 Club. Now, just over 7 long months later, I returned to those old red doors for a surreal and wonderful night. 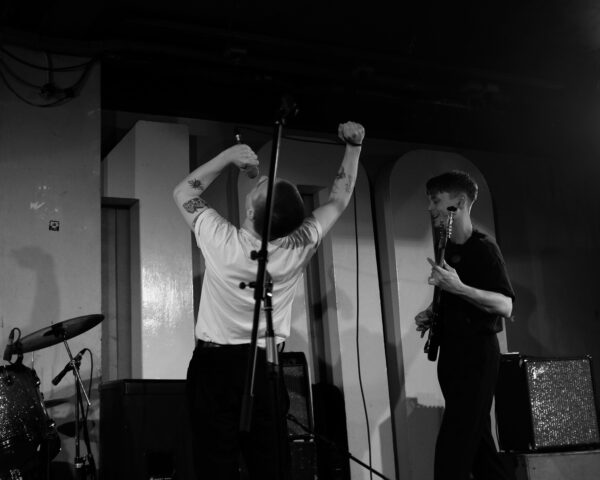 Un-ticketed and on an invite-only basis, the now tabled room is awash of beaming faces, thrilled and lucky to be guinea pigs for this test gig. The club looks great. A fair few fresh licks of red paint and some fantastic new editions to the walls of framed fame. The new order-to-table drinks menu boasts some pretty knock-out cocktails too including one of the best margaritas I’ve ever had. We’re lucky to be sat right at the front, dead centre – a position you’d only usually be able to secure by being first in line outside at 4pm. 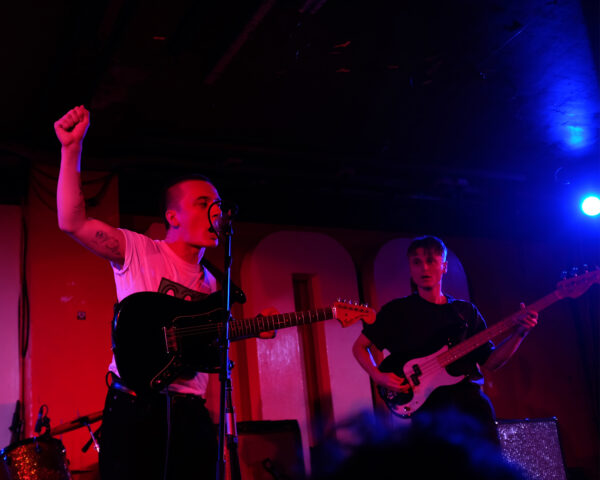 As the clock strikes 9, Talk Show march on stage to a cacophony of cheers, whoops and foot stomps. I felt like there was this hive-mind acknowledgement that in the limited capacity room everyone HAD to cheer louder, clap louder, sing louder and assume the responsibility/presence of at least 5 other fans. “FUCK RISHI SUNAK”, spits singer Harrison Swann before the band explode into ‘Fear’, one of the group’s first and most beloved releases, and as drummer Chloe screams her signature ‘1,2,3,4!’ the band fall effortlessly back into their groove. 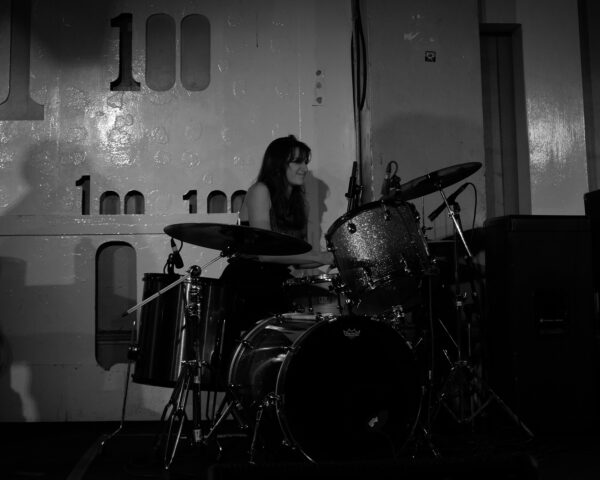 It is odd at first to be sat at the tables; waving over at masked friends in other groups yet not being able to go and hug and chat with them… There are also moments where it seems like people aren’t quite sure what to do with their arms… I’m singing along loudly at points then realising that I am, in fact, very much audible to the rest of my table and I don’t quite know as many words to ‘Fast and Loud’ as I thought… 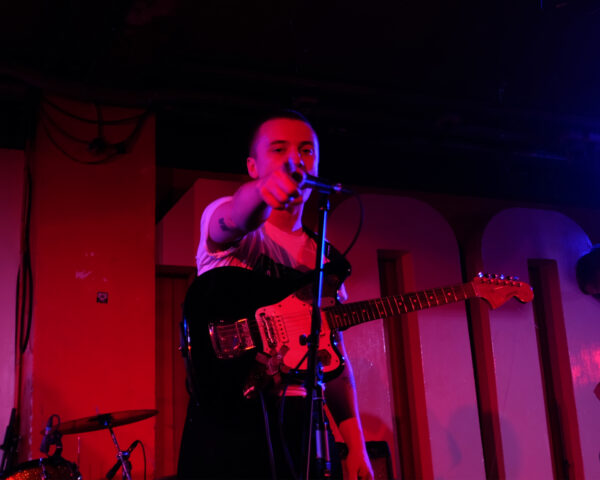 However, as I recline in my chair, sipping a cocktail that was bought over and placed right in my hand, in clear view of the whole stage… there are moments where it’s hard to remember what was quite so charming about an elbow to the face in the middle of a sweaty pit. 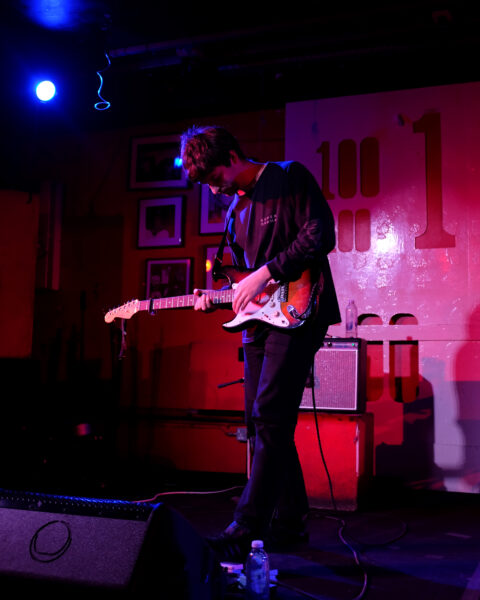 I was foolish to be worried at any point that Harrison and the gang might not be able to muster up their usual electrifying performance, because even with an understandably quieter and less energetic room than they might be used to, they bounce around the stage with 7 months worth of built-up fizz. ‘God, we’re only 2 songs in and I’m fockin’ knackered’ he jokes, but the high energy persists. Frequently you can see him itching to climb up on peoples tables in his usual fashion, but he thankfully manages to keep to the stage. 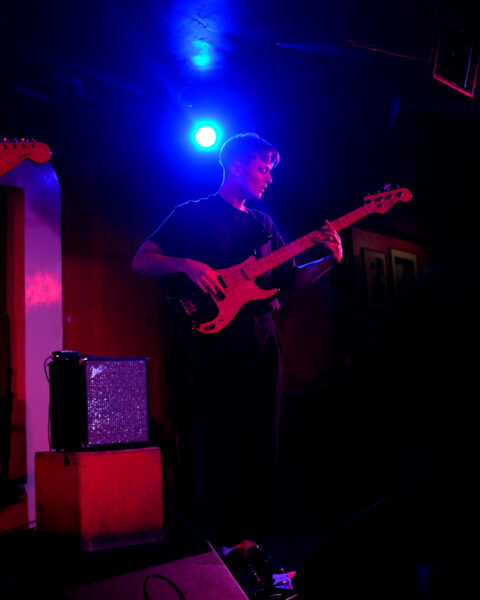 ‘Atomica’ is a big highlight of the set and whilst Mr Swann puts his guitar down for some unrestricted jumping around, it’s hard to take your eyes off of bassist George Sullivan’s blurry fingers as he grooves through a gooooorgeous bass line. Crowd Pleaser indeed. 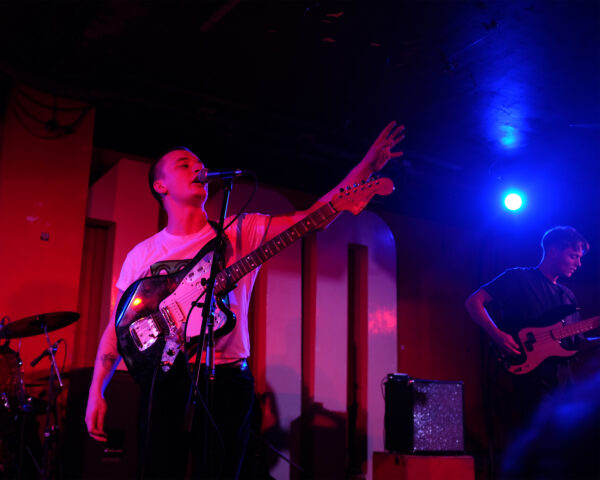 It was neither the first nor the last time Talk Show play The 100 Club but the night felt special and unique for so many reasons. Drinks are finished, goodbyes are said and the evening ends with a room full of people truly desperate for more, having not quite realised just how much they had missed this world. 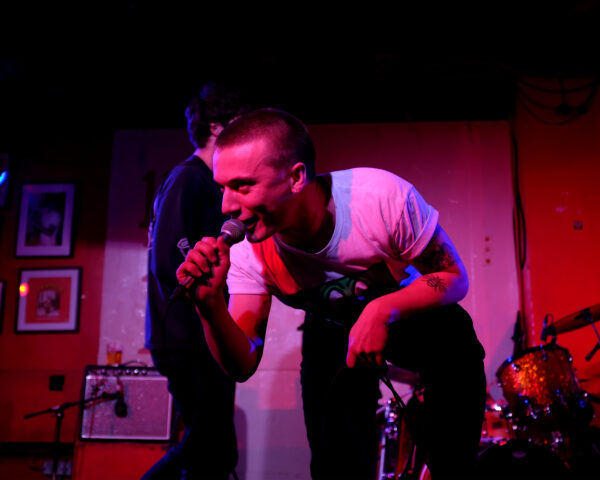 I eagerly await any further news of shows at the club and I whole-heartedly recommend a show like that to any fan. It didn’t feel at all like a weak compromise, it felt like something new. A great band playing an incredibly intimate and personal show at one of the world’s most desperately adored venues.

The brand new issue of So Young is out now with Goat Girl on the cover. Get your copy here or read the digital edition below.