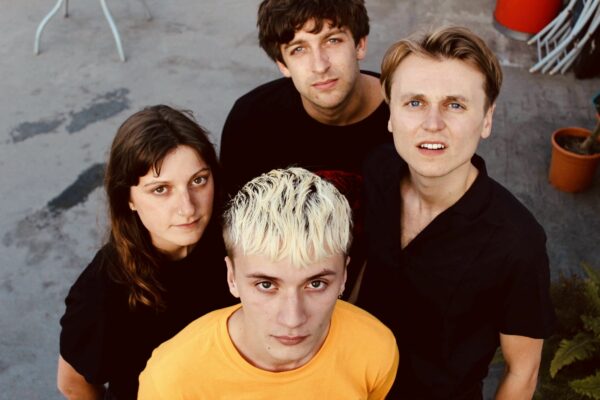 The last twelve months has seen the furious and uncompromising rise of Talk Show.

The band cemented themselves with the severe heart attack of ‘Fast and Loud’ and the more elusive and powerful ‘Ankle Deep’ – but they were just an introductory handshake. Now the group are preparing their first statement –  their debut EP ‘These People’ arriving in March with the poignant and stirring ‘Banshee’ showing another level to Talk Show’s increasingly textured and encompassing sound.

The core of what makes Talk Show thrive is their ability to convey such strong feeling through both their music and their thematic notion. It’s a seamless, unspoken relationship – ‘Banshee’ subtly unravels in its vulnerability as Harrison Swann becomes more and more unconsolable, the fractured idea of a relationship growing apart enveloping him to an intense breaking point.

Yet because they deliver with such deafening clarity and passion there is a real sense of hope stirring in its veins. Drums lead with authority, a pounding march conducting the track as melancholic and ethereal guitar envelopes it as a whole – embracing the disconsolate and holding them close. It’s embattled but assured, a wholehearted narrative delivered with intense conviction.