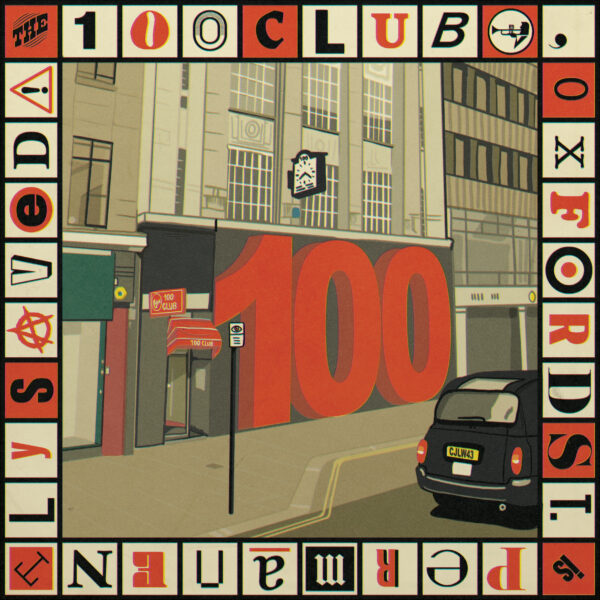 It felt peculiar to head to the iconic 100 Club, Oxford St a whole 12 hours or so earlier than usual, but yesterday morning at 10am we joined a large group of familiar, excited faces to attend a press conference at the venue.

With the house lights all on and orange school assembly chairs all set out in neat little rows, the club may not’ve looked itself, yet there’s this inescapable feeling when you step into that basement that’s very hard to put into words. It’s like after decades of jumping, singing and dancing, the floor of the venue never quite stopped shaking. There’s a certain pulsating energy that flows through the walls and the floorboards… and it’s that same energy that flows through club owner Jeff Horton.

I’ve had the pleasure of talking with Jeff numerous times in the past and I’ve always found the passion in which he speaks about both his venue and indeed independent venues nationwide incredibly inspiring. Today was no exception.

Jeff was joined onstage by London’s Night Czar Amy Lamé, Cllr Timothy Barnes and Mark David to announce that the 100 club has become the first to be granted special status, under a move by Westminster City Council to protect grassroots venues.

Jeff said, “I’m thrilled the 100 Club has been granted this new business rates relief. It means we can continue to support the careers of the hundreds of artists who take to our stage each year.”

The Club, which has seen the likes of The Rolling Stones, Oasis and The Sex Pistols perform there, is set to benefit from business rates relief under plans put forward by Westminster City Council. The council’s decision will allow the music venue, which first played live music back in 1942, to benefit from a ‘NNDR Localism Relief’. It is the first-ever live music venue to benefit from this measure and comes following discussions with London’s Night Czar Amy Lamé about supporting grassroots music venues in the city.

Under the plans, music venues in Westminster that meet the following criteria can benefit from up to 100 per cent business rates relief:

• their prime purpose is as a grass roots music venue;

• the property is on the Greater London Authority’s (GLA) register of grass roots music venues;

• the scheme primarily aims to support grass roots music venues in the Soho area, although any grass

roots music venue in the borough could be assisted if they meet the relevant criteria.

As well as the people on stage, Jeff said that he was grateful to Westminster Council, The Mayor of London, The Night Czar, and also mentioned the ongoing support from Fred Perry, his family and Independent Venue Week.

Between 2007 and 2016, the number of grassroots music venues in the capital fell by a third, from 144 to 94, and independent research shows that a fifth of venues could be forced to close due to business rates increases.