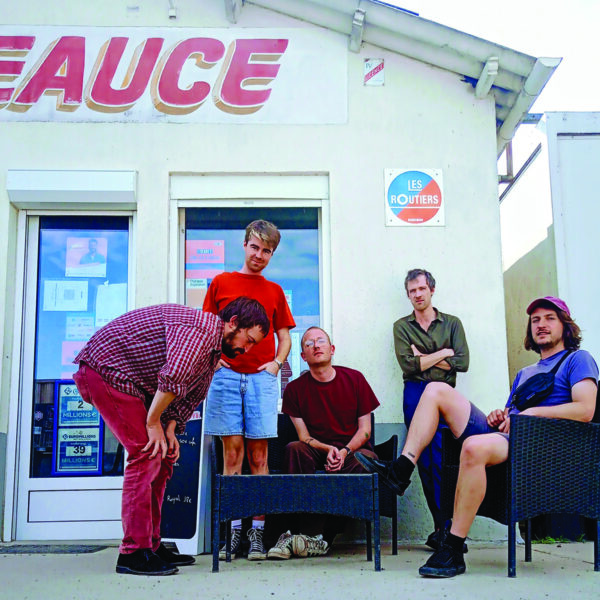 Anyone following the illusive and absurd band, The Cool Greenhouse on social media for the past week will have noticed a series of cryptic posts. The images, shared on Instagram, display famous examples of headlessness across history, from the chicken that lived for 18 months without a head to political beheadings of statues of Thatcher.

Surreal and experimental content is nothing new for this group, whose humorous style joyfully toes the line between jarring and danceable. But their latest track ‘I’ve Lost My Head’ is a brilliant and confident indication that The Cool Greenhouse have found their distinct and beguiling voice. The second release from their upcoming sophomore album ‘Sod’s Toastie’, the track uses discordant melodies and harrowing lyrics to playfully explore the existential dread of the modern day.

Accompanying the release is an incredible video, a labour of love from band member Kevin Barthélemy, who hand crafted it over hundreds of hours. The result is an astoundingly detailed murky cardboard world, riddled with a claustrophobic sense of anxious paranoia.

The video follows a literal Greenhouse figure as he navigates an increasingly dystopian, yet ever familiar world. The character staggers through streets overrun with rats and piled with rubbish, past the now infamous ‘Nat Has Herpes’ graffiti so familiar to London residents, in a solo quest for meaning. He tries to drown his sorrows in drink and drugs but finds himself waking up in the same room with nothing having fundamentally changed.

The lyrics echo this stagnant quest further, stating in a deadpan but also panicked way that the protagonist “can’t read no poetry, can’t feel no sympathy” to express a desperate desire to connect and disconnect. The track feels like the embodiment of a world in which information is easier to access than ever, but so overwhelming it cannot properly be digested.

The video closes with the figure waking as if from a terrible dream and the promise, ‘to be continued’ an intriguing indication that we are just dipping our toes into the complex and troubled world of The Cool Greenhouse.