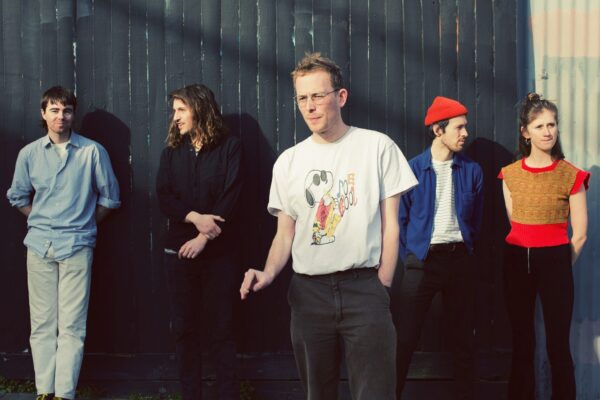 They only released their debut album in May, but that hasn’t stopped The Cool Greenhouse with their output in this ghastly year. Out now via Melodic Records and on double A-side vinyl, comes ‘The End Of The World’ seeing the quintet return to blistering fine form.

A re-recording of their more glitch-tinged 2018 debut, this frenetic reboot retains the essence of the impassioned pessimistic tirade against the the shortcomings of fighting climate change, that’s even more fitting in 2020 with the outfit prophetically narrating the gloomy fate of human kind’s future destination, like a possessed evangelist.

A fidgety, carnival of smouldering noise-laden punk that also almost falls between the realms of garage-rock god John Dwyer’s jerky Oh Sees as well Girl Band and The Fall. The Cool Greenhouse’s ‘The End Of The World’ is an excellent soundtrack to this period of living in the doldrums. A raucous assault on the physical senses and the mental faculties, The Cool Greenhouse encapsulates the sound of apprehension and sheer anxiety with the jagged, experimental art-rock riot that is ‘The End of The World’.

It might well be the ‘The End Of The World’, but The Cool Greenhouse have at least given us a beastly banger to waltz to as we slide towards the abyss…