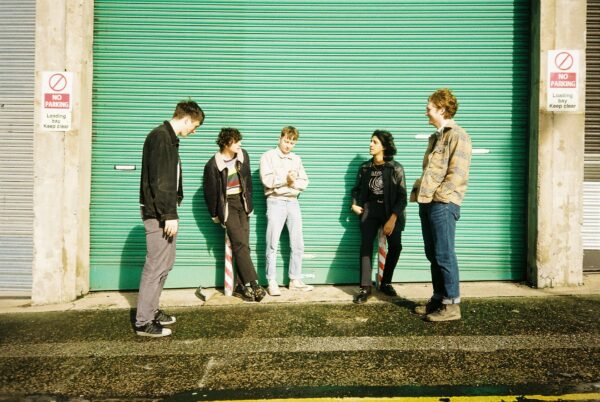 It’s undeniable that we live in a world where not only are we all connected, but we feel the inherent need to be.

Through receiving constant admiration from people who desire to be close to us for their own social standing – not only do we lose our own sense of independent perception, but those craving the acceptance do also. With ‘Be My Friend’, The Goa Express release a searing and pretty unruly single that yearns for something more sentimental and honest – while embracing the evident union and admiration they share with one another as a band.

The Goa Express capture those formative yet totally unconscious moments that you’ll forget about as the hangover kicks in about 11am the next day, but come to cement the very bond they share. Frontman James Douglas Clarke is sincere and genuine in his vulnerability, yet possesses a sharp, undiluted sense of freedom that keeps everything swaying with headstrong vigorousness. It’s determined to show it’s brewing vehemence at those who desire to know all and be all to be appreciated, but also simply is an ode to each other, as they take an exciting step as a prosperous and invigorating new band.

In ‘Be My Friend’, The Goa Express have an attention-capturing pop song where they can be forthright and riotously enrapturing.