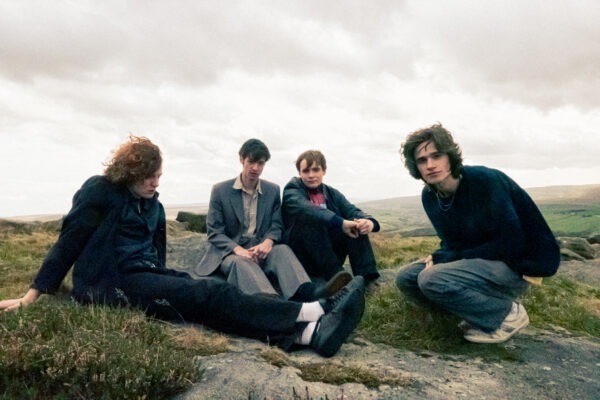 Hark ‘the man’ whispering sweet nothings to the derangement on your shoulder as The Lounge Society share ‘Cain’s Heresy’ and announce the release of their debut EP, ‘Silk For The Starving’ via Speedy Wunderground.

As earth’s associates, we’ve grown accustomed to treading fine-lines. It’s the carpeted awareness we live and dance upon; a sense of grounding left so threadbare and haphazardly paid for in instalments, we’ve somehow managed to lock ourselves out of unbranded reality to the point where Peter Gabriel once noted that: “we’ve got to get in to get out”. Perhaps the ‘Doors of Perception’ are easier to unpick than imagined, but when in another Genesis the brothers Cain and Abel fought the premise of what could’ve been a simple life, it would be a ‘Generation Game’ to assume that the art of getting “in” isn’t as intrinsically combated as the act of breaking free.

Whilst The Lounge Society are still in the prelude of their own creation, their Cain’s tale of contemporary heresy isn’t all too far off from a seismic dawning. Taking inspiration from The Strokes’ infamous ‘The Modern Age’ video, ‘Cain’s Heresy’ is a judicious take on socially juried norms; like a L.F. Svenonius locomotion of frazzled chorus and meticulously methodised ‘Censorship Now!!’.

We mustn’t take candy from the tastemakers who consume souls, from the depths of autocratic bargain-bins. Sleeping with both eyes open to prevent any premature awakenings, commodified temptations are seeped into the corporate corporeal of disillusioned control, and the pragmatically-promiscuous fruit of which vocalist Cameron Davey chews up, and voraciously spits out.

It’s an urban jungle out there and contrary to primitive belief, (where ego’s once collided in a sweet gala of raw-duality and murder), here in the lion-heart of Hebdige and Hebden Bridge, the war on culture is an escapists game and the breakthrough comes in the form of four teens, buckled pluck, and a tendency towards collaboratively un-shackled showmanship.

We’re in the thick of it now and it’s no foggy surprise that ‘Cain’s Heresy’ is equal parts uplifting and despairing; a timely attempt at resisting temptation whilst calling it fate, calling it karma.