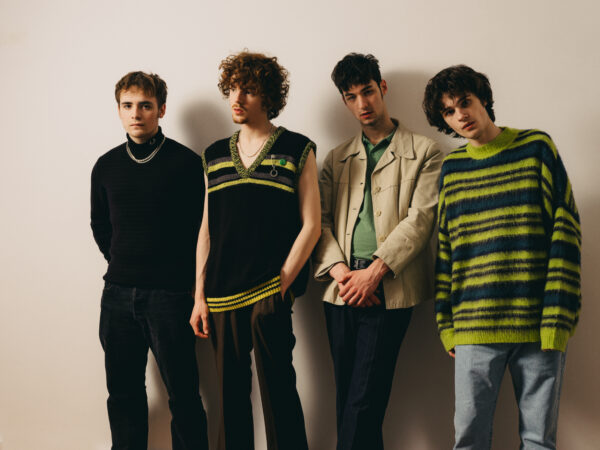 The Lounge Society’s newest single is nothing short of a good omen for their upcoming debut album: Tired Of Liberty; due for release on the 26th August, via Speedy Wunderground.

‘Blood Money’ blends conventions of dance music and punk-funk, as it soundtracks a commentary on corruption in forces of power. In all aspects, the track is restless and agitated. It’s lyrically confrontational as the band’s vocalist Cameron Davey sings, “you’re too busy saving your pals. You can see your boss, but you can’t see your mother or your brother. Money takes priority”. The droning chorus features vocals from Anouska Sokolow (Honeyglaze) and Jojo Orme (Heartworms), a layering that gives it a humming quality and adds—what the band calls—an “operatic feel” that “really elevated it.”

The track carries with it a relentless drum groove, and constant underlying guitar riff that gives it this driving factor and continuity. This repetition also induces the feeling of restrained energy and urgency, in a way that supports its central frustration. The last minute sees the song break down to allow a twisted and sharp guitar riff to seep through, as ‘Blood Money’ comes to a hypnotising close.

The introspective music video deals with surveillance and control, boasting hallucinatory and experimental CGI distortions. With brief interjections of mosh-pit like scenes, the video arrives just as “articulate, enraged and energised” as the single itself. As the album’s lead single, it can be presumed that Tired of Liberty will be just as anthemic, danceable, and refreshingly honest.