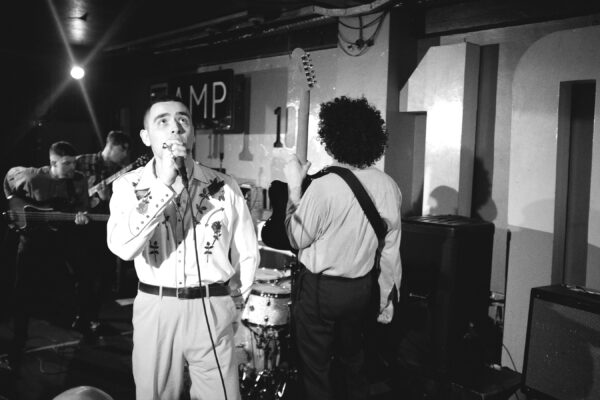 There’s something very ceremonial about seeing The Murder Capital perform live. Whether it’s a packed out festival stage or an intimate club performance, there’s a consistently overwhelmingly strong connection between band and audience that’s an incredible thing to be a part of.

The tickets for this show sold out in minutes, the queue to get in stretched down the road long before doors, it was packed out before the first band had even started. Everyone knew it was going to be a special night. 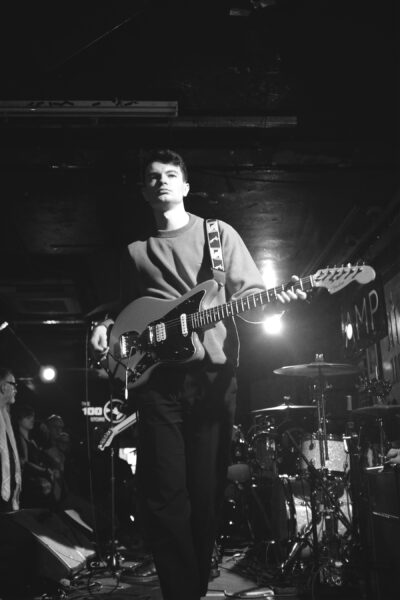 Kicking things off were fellow Dubliners, Odd Morris; a gritty, powerhouse of a quartet who tore through a blistering opening set. ‘WHAT’S THE FUCKEN CRAIC?!’ someone shouts from the audience, ‘what’s the craic?… Annie Mac!’ the singer replies, and he’s right. 4 days of the highest quality bands and artists playing in some of the countries most beloved venues, Annie Mac, take a bow. Tonight’s line up however, is particularly golden. 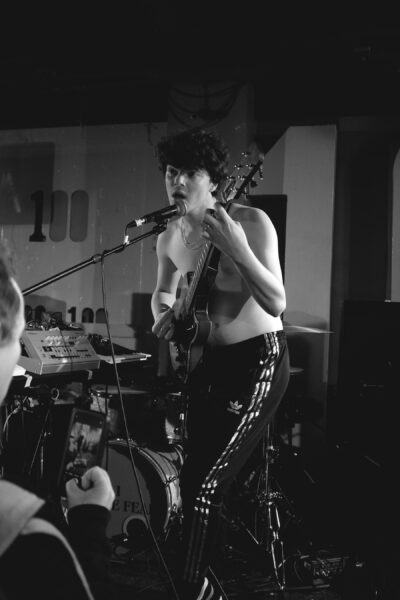 Next up were Working Men’s Club, a band on a seemingly endless winning streak, going from strength to strength with each single released and each show played. They’re incredibly tight and you’d be fooled at points to think that they were the headline act. New song ‘White Rooms and People’ is recieved particularly well and It’s not long into the set before singer Syd Minsky’s shirtless and jumping off stage, singing right into the faces of the excited, albeit slightly nervous audience. Watching WMC is a bit like playing Buckaroo or Pop Up Pirate… everything feels so volatile, so tense, but you really don’t want them to stop playing.

There’s a real mix in age of fans which is nice to see. There’s no doubt some 100 Club veterans, yet it’s likely some of the younger audience members first times at the venue. 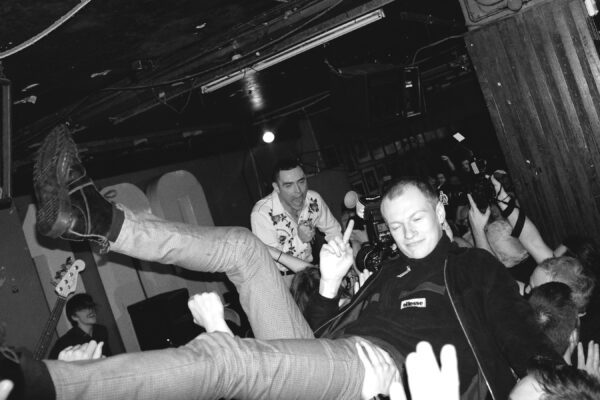 The Murder Capital weave through the tightly packed crowd onto the stage. It’s one of the many things about the 100 Club that make shows like this so much more intimate. As always, there’s no barrier, no photo pit, just the audience and the band; a set-up that could not be more ideal for tonight’s performers. After bassist Gabriel’s got everyone appropriately riled up, singer James takes to the stage to a roar of cheers and applause. They’re a band that always seem so grateful and slightly bewildered by the adoring response of the fans, yet they conduct them so effortlessly. There’s an unspoken choreography to the night… the togetherness felt during Slowdance as James lights a cigarette and turns to watch the rest of his band play, the respect as the audience shushes each other to near-silence during the heart-wrenching On Twisted Ground, then the complete carnage that unfolds during crowd favourites Don’t Cling To Life and Feeling Fades. Crowdsurfing, moshing, beers being tossed across the room… it’s not an unfamiliar scene at the 100 Club or indeed any Murder Cap show, yet you get the feeling it’ll be a gig everyone will still be talking about in years to come. A chance to experience, first hand, one of the legendary photographed performances that cover the walls of the 100 Club. 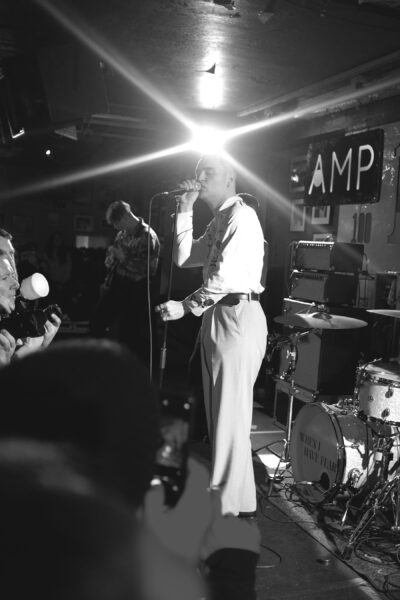 Like many others, the band are heading stateside in a couple of days to play SXSW. Add to that a sold-out show at New York’s The Knitting Factory, a wide range of dates across the states, a Coachella slot and then supporting Foals in Paris and Berlin and it’s clear to see that news has travelled fast and things are only getting bigger for the Dublin 5. 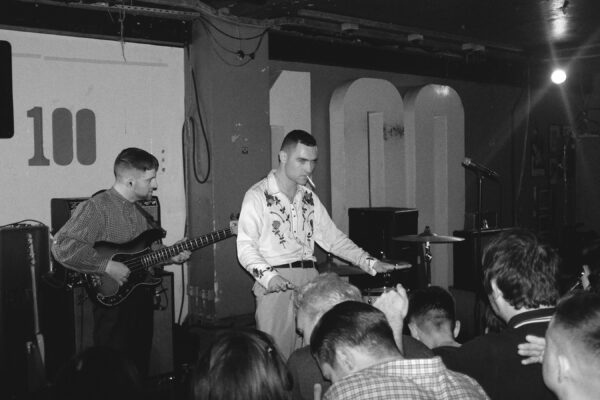 All photos by Cameron JL West