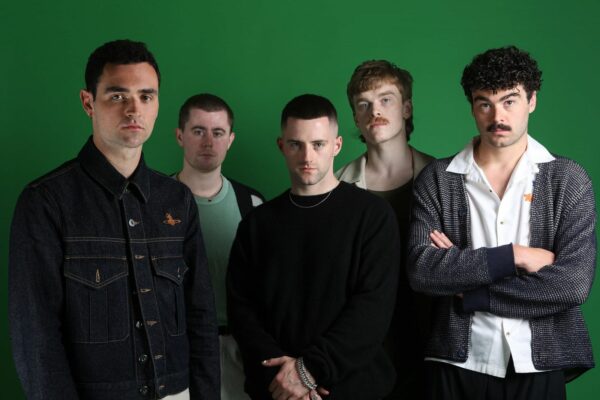 The Murder Capital return with a new track after 3 years. With pooling guitar, rumbling bass, and an emotive cascade of sound, the group show they’re a band who still matter.

A band that hasn’t released music in 3 years is bound to change, and The Murder Capital’s new track takes a sidestep from their debut album. A clearer step into the light, the new single, ‘Only Good Things’, is bittersweet and bright- a melodic anthem. As the guitar’s sparkle spaciously around Gabriel [Paschal Blake’s] tumbling bass, there’s a calm elation. They’ve always been a band who celebrate love and the romance of friendship, and the new single naturally follows on from there; with the opening guitar playing like Steve Reich’s Counterpoint. Mesmerically twisting around in similar tone and rhythm, it then seamlessly builds into a steady marching chorus of expansive sonic drama.

It’s a somewhat subdued statement of intent on The Murder Capital’s part- a ‘this is what’s to come’. It’s also hopeful. “Show me good things!” implores vocalist James McGovern; capturing you in the moment, forcing you to hang onto his words like they’re the last you’ll hear. His skill at holding a listener and pulling them in to the songs still marks the music- just like in the debut. There’s an urgency in his voice that makes you listen to him and then, alongside that, everything else that is happening around him.

With ‘Only Good Things’, ambience blends with an indie-sentimentality to create a rich and full track from the Dublin 5-piece. The music surges and recedes at key moments, playing with loud-and-quiet. It’s a strength the band had in their first album – the tidal force of their music – and it’s a strength they’ve come back to. It pines and opens up, and the melodies stick with you like a new friend.