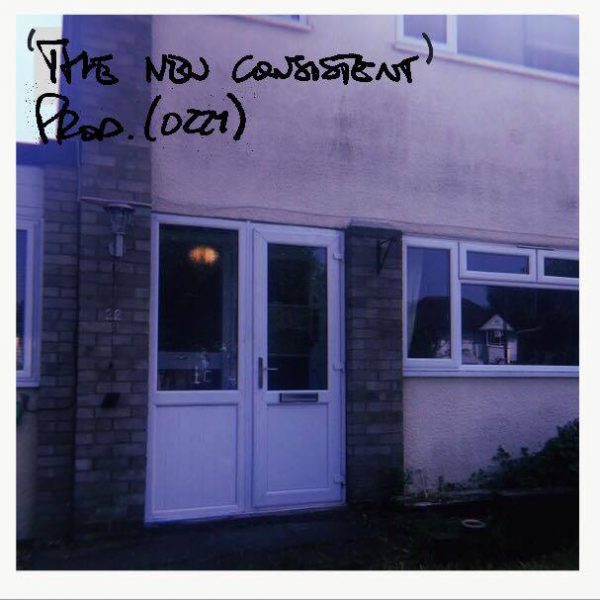 The West Midlands city of Worcester has produced some famous exports through the years, B-Town heroes Peace were formed there, Swim Deep’s Austin Williams heralds from the city and now we have another young talent, The New Consistent, showing that Worcester is more than sauce.

Produced by Swim Deeps very own Ozzy, The New Consistent’s debut single ‘Crisps n TV’ is an engaging offering that starts with a shoegaze inspired guitar hook before the spoken word lyrics grab your hand and take you on a journey with the songs opening line “I run the beer mat through my hands” transporting you to a moment we’ve all had sitting in a pub, deep in thought. With a heartfelt chorus that brings you back to the lonely Saturday nights by yourself, Crisps n TV encapsulates those nights we’ve all lived and creates a thought provoking lyrical throwback.

Ben Ramsey, the man behind Worcester’s latest export, has never seen himself as a singer believing that he needed someone at the forefront; that changed and he decided that his spoken word approach was the best way forward.

We asked Swim Deep frontman Austin Williams to speak to the man behind ‘Crisps n TV’ about his
debut single, inspirations and his journey towards The New Consistent…

Before my mum decided to up sticks to Brum, I, just like you, was born and raised in Worcester, home to Worcester sauce, 1 nightclub called Tramps, a great big green river to jump in after school, and a McDonalds with bouncers. How did you find growing up and living in ‘The Wu’?

I think it’s a bit of a bitter sweet feeling for me really. Part of me wants to disown the fact that I call it home but part of me loves the little things about it. I think there’s an underlying sense of community in the city, like when our football team had our little Fa Cup run a few years back, it proper brought all of us together, which was special cos we don’t have much to shout about really, apart from the fact that our sauce contributes to the best flavour of crisps. I’ve always wanted to leave Worcester as soon as I could but part of me feels like I never will, ill always treasure the little memories like going to His & Hers for the best haircuts after school or sneaking onto the Astro at Nunnery for a kick about, its given me some of the best times really.

When you reached out to me on twitter a couple years back and said you have music but no singer, what made you then think fuck it and speak all your lyrics on the track yourself?

At the time when I messaged you, I hadn’t really opened up my mind to the different ways I could make my music. I was very fixed on a certain style but could never sing my lyrics how I wanted them to sound. In the end I got tired of looking for a singer (nobody around me was bothered) and just decided, if I can’t sing, I may as well just talk. So I had this backing track for a demo of a song called ‘3 Years’ and did one take on that, thought it sounded okay and just uploaded it to SoundCloud and sent it out to as many people as I could. I quickly grew fond of that style of vocal cos it’s so simple but at the same time really personal.

You’re still a young sprout, what can we expect from you in the future? Do you have a bucket list of sorts? Big dreams? Plans for music?

I’ve always had a lot of plans for music since I was a kid, I think it’s the same for anyone interested in it really. I’d like to think of The New Consistent as a project whereby I can dip in and out of different genres with different releases. I think it’s important for people to be able to have variety to delve into with an artist and because I just speak my lyrics on the tracks, I can make it work with a lot of different sounds. In terms of big dreams, I think I’d just like to be able to sort my parents out and pay them back for everything they’ve done for me really, especially my mum for bringing me and my sister up.

You’ve told me before that you had to move out on you’re own at a fairly young age for this modern day, how come? And has that inspired your lyrics and message?

My mum and sister moved away and because my dad didn’t live in Worcester where I was at school. I decided to just stay put as it seemed like the easiest option. I’d always wanted independence anyway because I hate relying on people for things. In terms of inspiration I think it really gave me the kick I needed to see that music was what I wanted to make a living out of. Working in kitchens since I was 14 has taught me that I simply don’t want to make a living out of working in that environment and so it turned out to be a good thing. The whole process obviously triggered a lot of emotions and so I found that writing them down on a bit of paper with a few rhymes thrown in instead of keeping them in my head really helped.

Finally, is there anything you wanna say to people out there who know absolutely nothing about you?

You’ll know all about me soon enough.