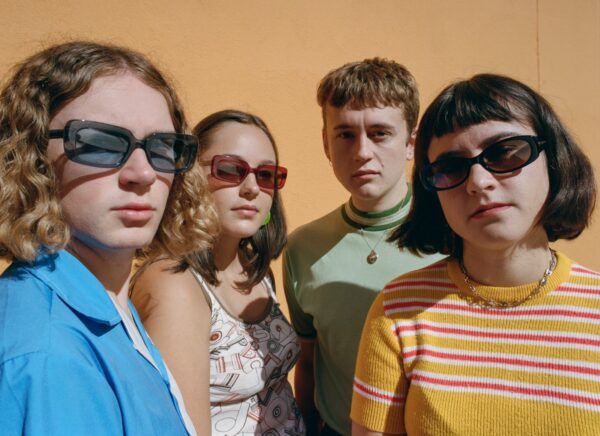 With their much anticipated second album ‘Disco Volador’, The Orielles are crafting an undeniably comprehensive and multi-layered gem of a record. While exploring new inspirations, they’ve matured into a group of real substance – making music that at the forefront is infectious and satiating while also creating something thematically gratifying. With new single ‘Space Samba (Disco Volador Theme) – they confidently cement all of these notions.

‘Space Samba’ weaves itself around an untameable foundation – the indelible bond the group share forging their direction. Henry Carlyle Wade’s guitar surges from cosmic funk to searing distortion and layers of percussion and cowbell rattle uncompromisingly – as if entranced in a jam with no intention of ending.

The narrative remains the crux of their identity – floating away from abstract introspection towards something much more tangible and philosophical. Esme Dee Hand Halford’s lyrics explore this idea of the present – the ecstacy of feeling and actually being alive – and interlaces it with the very heart of the record – Disco Volador – the actual feeling of movement – in an attempt to remind us that we are human and very much a part of this world.

The Orielles second album is slowly revealing itself to be a palpable and expressive piece, and with ‘Space Samba’ the group have perhaps gifted us with its centre-piece – a bold and enraptured statement.