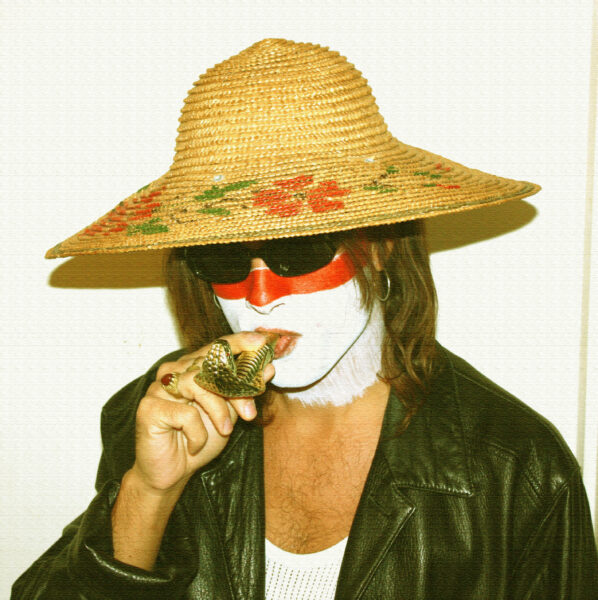 What does a Master do when forced to set fire to their invitation to the ‘Gran Café de Paris’ so as to stay funky in the height of a dystopian-solstice? “Must I evolve? Must I change? Must I develop?” – Jarvis questioned the almighty abyss.

The answer to all is most certainly, the question from the back-row remains unheard of.

Recognised as one of London’s favoured Merry Prankster’s, The Romance Of Baba Loco is a grown-up ‘Cirkeline’ concealed in a polka-dot display of crimson wooze and a penchant for educational re-interpretation.

Not to be confused with the hazy-heliotropic substance recommended by the electric-ladies of decades swung prior, the ‘The Winged Thing on the Shoulder of the Lama’ is a Chroma-Colour bread bin doubling as a letterbox for contemporary mystics, and an airtight vessel containing slow-burning Oparin fuel.

“Birthed from an admixture of eastern mysticism and western nonsense in the big bop belly of South East London”, The Romance Of Baba Loco is marvellously curated; like clutching ‘The Winged Thing on the Shoulder of the Lama’ in-between your ring finger and thumb so as to harmoniously wed the “ethno-alternative” with an alpha-Attar and bathe in the balms of interpretive woop.

For all its plunk, The Romance Of Baba Loco is the master of swanky purpose. In a similar vein to an army of ants crawling out of a porcelain fruit bowl melded together by intangible-slickness and chewing-tobacco, fuzz is a lovely feeling when you prance barefooted on a threadbare asteroid built out of cosmic-kaftans, and trail pheromone.

“Bang bang smash to perennial illumination sometimes, and, on other occasions, cling clang for funk monkeys.”