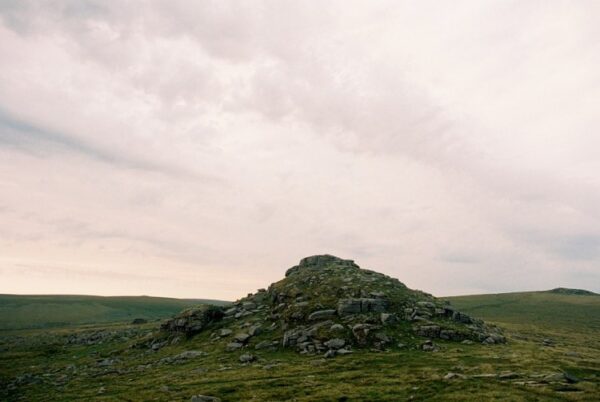 London post-rock quartet deathcrash walk that line between beauty and abject horror where the snow leopards live. Content to affect the position of quasi-anonymity, with bleak landscape shots often taking the place of well-lit press photo portraiture, their strain of ebb-and-flow musical dynamism offers a window into a desolate world somewhere between the present and the preternatural.

2019’s debut single ‘Slumber’ provided an excellent early indicator of everything this band are about. Blending potent bass rumblings with precision guitars and a dappling of lyrical melancholia, we are taken on a journey of almost cinematic proportions – teased through act after act before an abrasive high crescendo. The spacious musicality on offer defers from the self-conscious technicality characteristic of contemporaries like Black Country, New Road in favour of a sparse, heartrending honesty that somehow feels both grandiose and banal in its intention. It is laid back yet intense, simple yet complex, in some ways uncomfortably light but unspeakably heavy. For an act to be so fresh, yet so capable of giving your brain pins and needles, did not go unnoticed, as tours with the aforementioned BC,NR and Sorry soon followed.

A quick collection of home-recorded tracks followed, before brilliant second single ‘Bones’ added extra fuel to the slow-burn universe they inhabit. Again showcasing their ability to turn lofty ideas and unconventional structure into a genuinely listenable track, it’s around this time the band truly started finding their footing, clambering out of the hyper-niche and into the ears of a wider audience.

2020’s ‘People Thought My Windows Were Stars’, released through Untitled(recs) sees the band delving deeper into the depths of anguish, as a fifteen-minute treatise of depressive spoken-word sampling is cocooned with Elliot Smith-type vocal performance – before spiralling towards slamming breakdown. It could be the soundtrack to the glorious melodrama of a benzodiazepine comedown, as the ordinary is somehow made to sound worthy of heartbreak in tone. Although a four-minute label version was released, the lengthy sonic tapestry of the original is where the magic lies, and really where deathcrash allow themselves to get their ideas and message across.

Recently released standout track ‘Bind’ is a quintessential slowcore masterpiece, all wandering basslines, beautifully melody spliced around a Holy Fawn-esque assault of distortion-drenched guitars that increase in their bone-rattling stature until blocking out all peripheral sensation. It almost sounds like a time-lapse of a particularly difficult winter, as we as listeners are somehow privy to the sound of snow falling then melting, as some lives end and other lives begin.

With the link between painful introspection and nihilistic sonic abandon growing tighter with each of their releases and their uncompromising originality also something not being discarded any time soon, it is time to start getting very excited about deathcrash. Their music is expansive and high-minded, but accessible enough to not slide into the self-indulgent sprawling that entraps many a band of the same genre, allowing a casual listener the scope and power of post-rock without the gatekeeping and pretension that can so often deter. With a debut album set for release this year through the marvellous heads over at Untitled(recs) and the beginnings of a cult following forming around the band, these guys are definitely worth keeping an eye on.