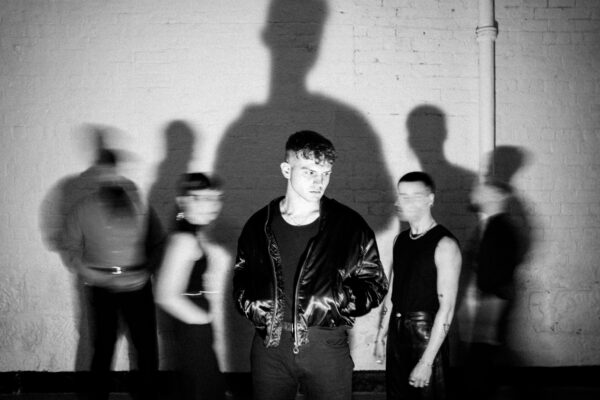 Glasgow-based VLURE [vuh-loor, like the fabric] are giving me life, baby. Inhabiting that hallowed ground between sweatbox show and darkened room afterparty (remember those?) The group had emerged as a seriously hyped, seriously good live prospect only months before lockdown hit, sweeping them temporarily into the annals of a past we can barely remember. Now, with light at the end of the tunnel, and their official emergence into the world now here, it truly feels like we are on the cusp of something special – a collective exhalation, and with it, a raising of the bar.

A great marker for brilliance can lie in its’ simplicity of execution – and in ‘DESIRE’, a keenly received keyhole view into the rehearsal space so vital in the formation of the group – we are treated to a masterclass in the idea. In stark black and white both sonically and visually, it is a brutalist melodrama of performance which sees the band dipping their collective toes into the raw primalism rhythm can evoke, topped up with harsh electronica and bassline that would make Peter Hook blush. In frontman Hamish Hutcheson, the band also appear to have one of the most charismatic singers to ever grace the stage, furiously stomping and imperiously glaring like a man possessed as the track erupts and shatters around him.

Brand-new, first single proper ‘Shattered Faith’ sees the quintet introducing themselves in a maelstrom of malevolence – part post-punk throb, part industrial chug, with a sprinkling of the quasi-80’s anthemic – it sounds like the late Dale Barclay fronting early Depeche Mode, with a dash of Giant Swan stabbing through. Released through the prolific Permanent Creeps Records (from whom I’m hoping we can expect more greatness this year), it is a truly triumphant debut single, and one that demands your attention with every note. 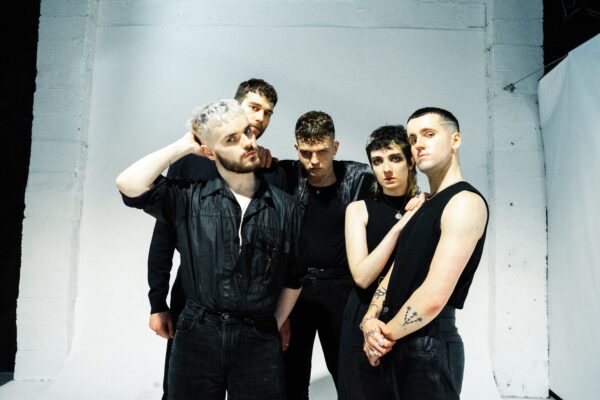 What marks the group separate to the crowd of the moment is their commitment to universe-building, the clear desire they share to create something that is not simply ‘musicians pushing the bounds of their technical capacity’. Rather, VLURE offer something you can really feel, dripping in constructed genius from every pore. Whether it’s the continued stylisms of monochromatic razor-sharp aesthetics, fusing of cathartic wrath and sensual rhythm, or even recording their debut single in a fuckin’ deconsecrated church, there is a precision to everything they do that is dazzling in its scope and aspiration. Believe the hype, people.

What is it about Glasgow that it seems to produce some of the most indispensable music on the planet? There is absolutely no rhyme or reason to it – from scuzz punk to glam rock, synth pop and everything in the middle, there is a certain left-field scene growing in the city, and with VLURE, we seem to have suddenly found the first glimpses of the new leaders of the pack.