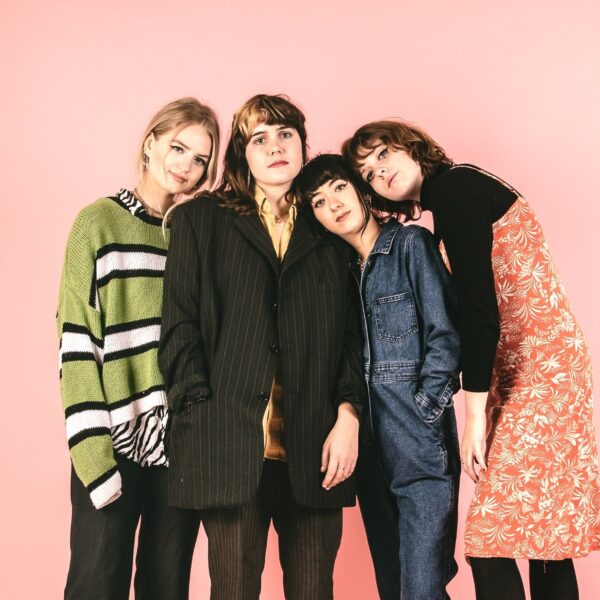 In this everlasting rainy day of a year, Brighton quartet LIME proffer a singular ray of sunshine to nourish our vitamin D-starved souls. As their name suggests, they proffer a zesty burst that is neither completely post-punk bitter nor soft-indie saccharine, but one which will always set the proverbial audio palate aquiver should you choose to indulge.

Debut single ‘Surf N Turf’ is an upbeat hip mover of a tune, strutting along in an almost psych-y frenzy as empyrean guitar lines and background vocals support (presumably) a lyrical exploration of the emotional turmoil that can be fostered with a never-ending stream of one night stands – I cannot comment on the possibility of metaphor for the steak and lobster dish. Sci-fi synths combine with meandering basslines to lend it a laid back, familiar feel, whilst the emergent guitar solo feels somewhat like what I imagine talking to your mum on mushrooms would do.

Follow up single ‘Fever’ is one you can see receiving a spin at some almost too-trendy late-night party, as Chloe Howard’s knowing vocals fall somewhere between Sports Team’s Alex Rice and Cate Le Bon. Drenched in sarcasm, she dissects the vanity at the heart of Gen-Z culture with a simple ‘Why?’, highlighting the absurd norms and hypocrisies of today in a manner which doesn’t explicitly condemn, more provide the rope for it to do its’ own work. Nostalgia-flecked, disco-infused guitars interweave with the smoothest sashaying of sax lines, but a healthy background smattering of electronica roots it firmly in the present day. Also worth a mention is its’ accompanying video directed (as was the video to ‘Surf N Turf’) by Jay Bartlett, gloriously ‘70s in design and positively soaked in visual irony.

With a European tour supporting Happyness penned, and a growing number of rabid supporters, it would seem that LIME have been tagged for success. But what truly strikes this listener at least is the complete lack of affectation on their part. In the same breath of the band putting out incredibly fun, catchy indie anthems, they retain degrees of subtlety that make them legitimately interesting, as opposed to music to just sing along to when pissed. They walk the fine line between cheese and pretension where the unabashed brilliance lives, and for a band only two singles in to sound so completely in their element when creating a sound that many take years to hone is almost scary in its potential. Keep an eye out, these ladies may be poised to take over the world. Thank god!