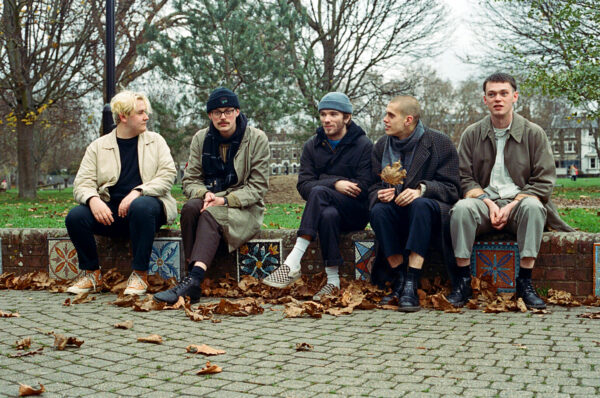 Treeboy & Arc have been a favourite of ours since their early releases. The Leeds band have been at the core of an emerging scene which has produced the likes of Mush and Drahla alongside them.

‘Plastic Front’ is their new single and sees the band make their first mark on 2019. It’s intro is misleading, a jangling riff, reminiscent of late Eagulls, takes you to a safe place before opening the door to a post punk onslaught of heavy guitars and reverberated vocals. It’s the sort of sound we’ve come to expect from the disgruntled  youth of today, but usually in response to the social battles around them. This time is different.

‘Plastic Front’ was born out of a whirlwind trip to Poland which nearly ended in catastrophe. James from the band explains “I visited Gdańsk for a short but sweet 26 hour and 10 minute trip. I was on my way back to the airport and I saw someone crash going about 60mph on the hard shoulder of the motorway. My immediate thought was that they must be dead, but after 7-8 Polish men and myself running over to check, we found the man to be alive and ok, just in a lot of disbelief and confusion. People pushed the car off the road as I helped clear up broken bits of plastic and glass, then everyone just headed off as if nothing had happened.”.

This trauma may not have effected the locals but frontman, James began to pay extra attention to the flight safety card on the way home. The lyrics suggest he’d come to terms with maybe not making it back, singing  ‘Death’s inevitable but that’s okay’. Treeboy & Arc continue to prove themselves to be a leading light out of the north, you can listen to the new single below.

‘Plastic Front’ will be released via Leeds label, Come Play With Me as well as Japanese label, Call + Response. You can order a copy of the vinyl here.

Header Photo by Bands On Film