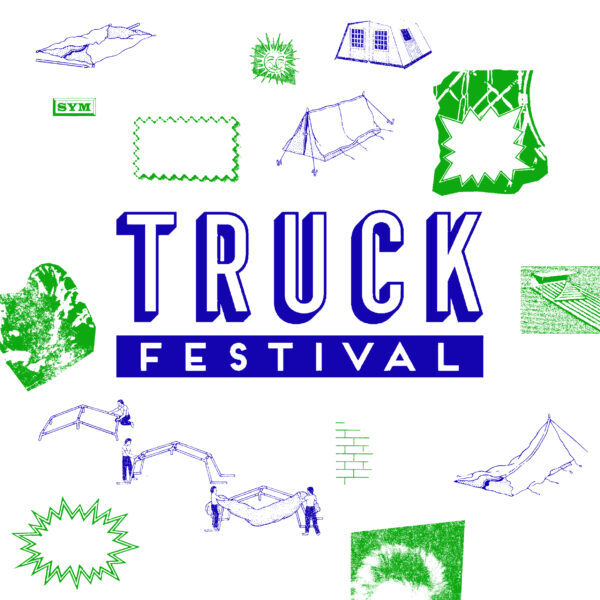 After two summers without our annual trek to Oxford, we are very excited to be returning to Truck Festival and joining the 25th anniversary celebrations.

Be it the scrambled egg and pizzas from the charity food tent or running between the Nest and the Market Stage in a bid to catch everything we love, there’s so much to look forward to.

Our connection with Truck Festival runs deep, they were the first festival to invite So Young along after all, so to be back at Hill Farm and taking over the Market Stage is a real privilege.

On the main stage, you’ll catch big hitters Bombay Bicycle Club, The Kooks, Sam Fender and Kasabian in the headline slots, and they’re joined by the likes of Sigrid, Kelis and Sea Girls. Sports Team find themselves with back to back promotions, making their way from the Nest in 2018, to the Market Stage in 2019 and now on the big one. It’s a similar story for The Magic Gang, who once again grace the Oxfordshire countryside via the main stage. Has there been a Truck without The Magic Gang?

Dig deeper beneath the surface and Truck becomes the indie dream. On the Market Stage you’ll find sets from recent chart infiltrators, Yard Act, long time friends, Shame and debut Truck sets for Just Mustard, Lime Garden, Been Stellar and Folly Group. On the week of their return, The Murder Capital will be gracing the Market Stage once again too.

Wunderhorse follow up support slots with Fontaines D.C. and Sam Fender with a show at the This Feeling Stage, and make sure you’re at the Nest to catch performances from Sorry, The Goa Express and Enola Gay. It’s going to be sweaty in there.

Truck Festival takes place this weekend at Hill Farm, Oxfordshire. Tickets have sold out. We’ll see you at the So Young Market Stage!