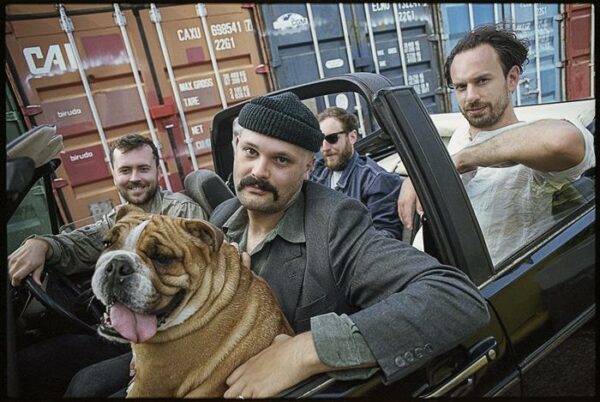 It’s very rare that a band surfaces at the beginning of a year and creates such fanfare which quickly develops into adoration and a debut album, but that’s exactly what TV Priest are; rare in every sense of the word.

So much so that the Post-Punk connoisseurs have signed to legendary Sub-Pop records for their debut album ‘Uppers’. Following on from four highly sought after singles (‘House of York’, ‘Runner Up’, ‘This Island’, ‘Slideshow’) the UK band have been snapped up by the American label famed for the rise of the late eighties and early nineties Seattle-sound – most namely Nirvana.

Due to the news the release of ‘Uppers’ has been pushed back to Feb 5th 2021, but fear not, they’ve also released a brand new single in ‘Decoration’; a track that grooves and moves through its thudding four-minute existence. It is likely the band’s catchiest endeavour so far. The accompanying video – directed by Joe Wheatley – sees vocalist Charlie Drinkwater playing dress-up in scenarios aplenty kicking televisions into empty graves, eating cheerios out of a toilet bowl,  dressing up as a baguette man and many more.

On ‘Decoration’, Drinkwater says “We often think of it as a ‘walking down the road’ song, like you’re strolling along a street and lots of little vignettes of life are coming your way. The absurd in the mundane feels apt too. Once again this sense of a kind of late capitalism, Ayn Rand style ‘personal progression’ being an utter myth. It’s all just Decoration! Probably a favourite from the record.”

Check out the video below and stop wasting time and just accept that TV Priest are your new favourite band.