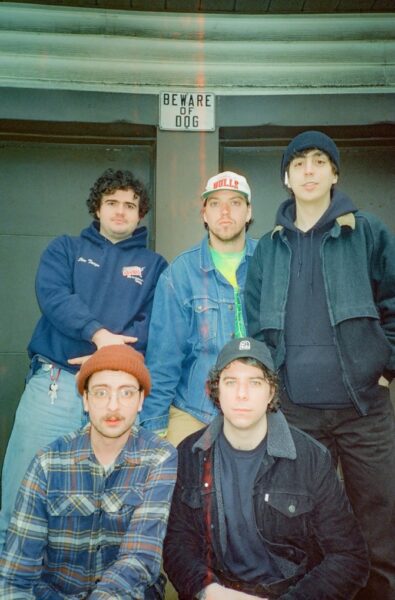 Twin Peaks have today released the first track from their forthcoming EP ‘Side A’. Set to be released in July, the EP sees collaborations with the likes of Ohmme and V.V. Lightbody whose flute playing features on first track ‘What’s the Matter?’.

There’s a measure of familiarity and a retro feel that’s splendid and simple, accentuated by the funkiest of flute sounds and heavenly backing vocals. Worming its way into the brain after a single listen, nestling in to accompany the listener as they go about their daily business. Be it the aimless wanders from room to room, arriving at a door frame only to forget the intention of the visit or staring gormlessly into a cupboard, this track will be the soundtrack for days on end.

Refusing to let the release distract from what has been happening in the US and internationally, the Chicago guys have included links to resources, donation funds and petitions including Black Lives Matter Chicago in their release statement which can be found here.