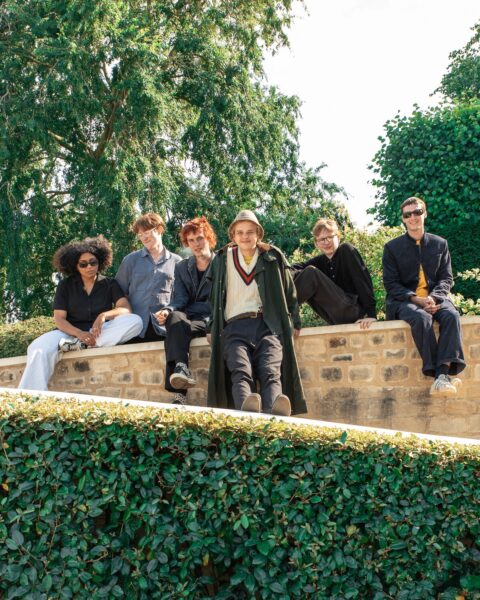 It’s been a while since we last heard from Cambridgeshire based six-piece, Ugly. However, the gift of two singles wrapped into one is a good enough “Please forgive me” bribe.

The release of ‘The Price of Fame – Themed’ serves as a valiant return for the band, as they take the doom rock that has moulded their previous work and smooth down its ragged edges for two tracks that feel content and very much ‘in their place’.

It might be a tiresome comparison, but there is an air of The Smiths about them. An air that is woven into their sound delicately, sophisticatedly and convincingly. It is displayed not only in the infectious, jangly guitars that plagued first single ‘Blister’, but also in the despair that soaks lyrics such as “You’ve lost all motivation / for conversation once again”. Meanwhile, second single ‘Rats Race, Snail’s Pace’, with its rolling drums and lively chorus is the perfect portion of the finest indie pop.

‘The Price of Fame – Themed’ sets Ugly on track for something. The music is feel-good and vibrant, plagued by the hidden melancholy that keeps people drawn in and intrigued. Their live show has now crossed seas, making a good first impression on European crowds, both supporting bands and on their own. Ugly know exactly where they stand, in a reassuring and settled way, and that comes alive beautifully on this record.