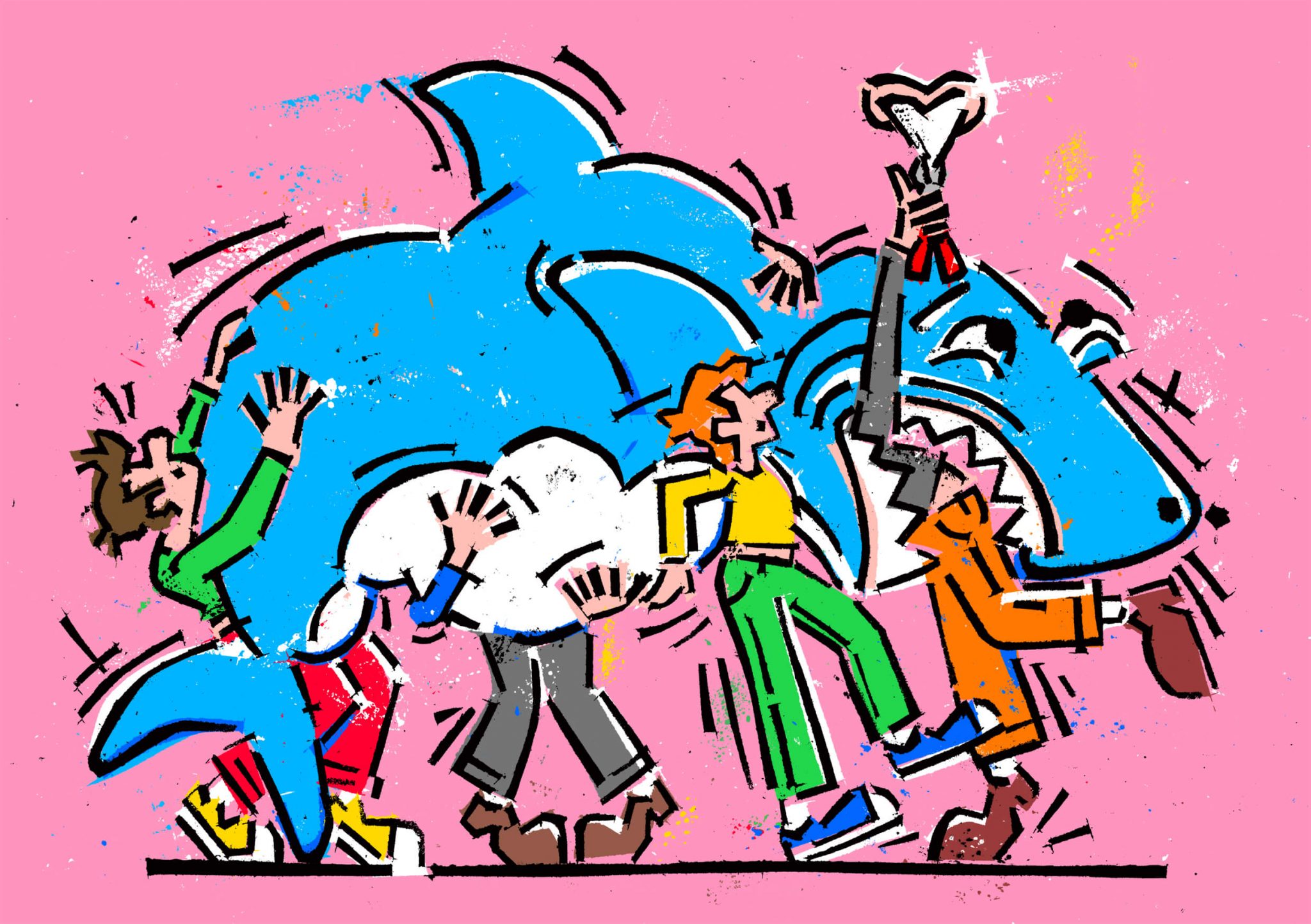 In between ‘harvesting jellyfish’ and being the original and sole purveyors of ‘sandwich metal’, Shark Dentist have found the time to shoot their third video, for new single Florentine (make me smile). Their biography and the track itself was covered in our ‘Introducing…’ article, so I won’t dwell on it too much here, but I will say it’s good. It’s a warm slice of jangly, dissonant indiecake, like a glum English Strokes.

Their video centres on a loud, squeaky man from the band’s record label as he goes through stereotypical video ideas on post-it notes, such as ‘PURE GRIME’ and ‘FUN FUN FUN’. I’m sure the band are keen to add that this guy is not based on any representative from their record label. The rest of the video pans out with the band putting these short-sighted ideas into practice, with a breakup scene, a grimesque council-estate-and-trackies, and a cheeky nod to One Direction (especially at 4:38, for their lawyers). Of course, we don’t get any idea of what Shark Dentist are really about, because they spend the whole time sending up other people: though this allows the track to speak for itself, so to speak, the music video does the leave the viewer wondering who the band are, or whether they know who they are. Their biography doesn’t give much away either. It’s not a bad thing per se, because it does create a bit of mystery, but hopefully Shark Dentist will reveal more of themselves as time goes on. The video sits nicely with the track: it’s well put-together and never takes itself too seriously. With each new single, Shark Dentist have shown rapid improvement, and their hard work is starting to pay off as they’re becoming one of London’s most popular underground indie bands.

We asked the band to tell us about the track:
“It’s a song about never being able to call it quits with someone; a scrambled mix of emotions sprinkled on top of a three and a half minute pop song, aptly named after an eggy dish.”

Shark Dentist celebrate the launch of the single tonight at The Shacklewell Arms. Get your tickets via Dice here. Whilst you’re at it, go and grab yourself some Shark Dentist Merch & Vinyl via Terrible Merch* here.