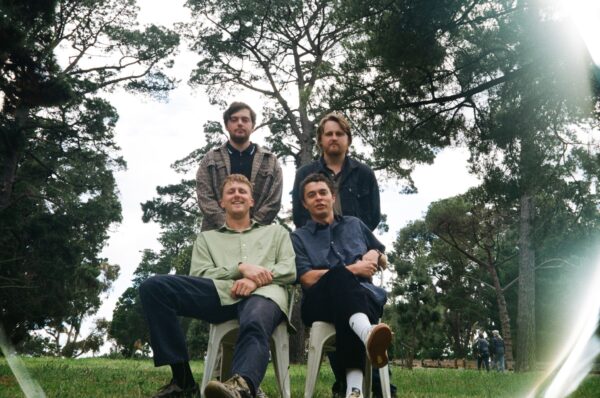 On this light hearted and sleazy track, the quartet show no signs of running out of gas; as they detail automotive prowess, over exemplary Gee-tar playing. Garage Rock is best when it’s at its most expository, when the tempo is at battle with as many amusing descriptors the lead ‘singer’ can muster. Vintage Crop hit this milestone, and occasionally go above and beyond; ‘His whip is as quick as lightning/His disapproving gaze is the thunder that follows’. The Demonics’ ode to two wheeled mischief on ‘750-4’ holds the same sentiment; ‘Double Slants’ highlights the freedom (and dare I say self-expression?) an automobile can give a person; ‘He’s got the keys to the universe hanging from his belt-loop’. Yet, at the same time, the Geelong natives paint their protagonist as a has-been banger racer clearly overcompensating for something.

When Post-Punk and Garage Rock T-boned at their inevitable intersection, Vintage Crop were there to adopt and nurture the written-off wreck. Whilst there’s something imperceptibly unBritish about the hook, ‘Double Slants’s final minute has an awkward Squid-like nature about it, only sans bugle and avec classic rock solo.

Ultimately, akin to ‘Vroom Vroom’ or perhaps ‘German Whip’, ‘Double Slants’ recognises that whilst coupes are so often used as a status symbol in popular music, as a subject they give the music an inexplicable fun-ness.