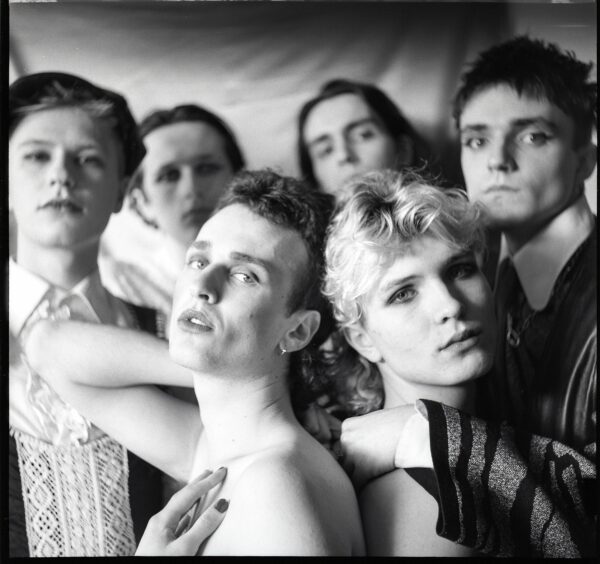 Two years ago, a friend who runs a record shop told me how unbelievably quickly Adam & The Ants records were selling among college students. If the sales trend, then, wasn’t making much sense, now it’s evident what the consequences of this shopping haul are.

Walt Disco – together with Scottish associates Lucia & The Best Boys and Medicine Cabinet – can pride themselves of their pivotal role in creating a distinctive scene in their hometown of Glasgow. An artistic and aesthetic scene, not merely a sound. This is undoubtedly liberating and much needed after years of high street chain store beige chinos and baseball caps.

‘Cut Your Hair’ is a middle finger in the face of toxic masculinity and the proof that indie rock can embrace queer culture without compromising on the authenticity of its sound and surrendering to overly fancy pop production works.

Do not mislead Walt Disco’s style with HMLTD’s and their attempt to be the London art college version of Fat White Family. The Scottish 6-piece play with past influences, renovating the lessons of glam and new romantic, to create a strong identity of their own. You may question to what extent the Bowie-esque vocal impressions are genuine, but surely the song splendidly works.

Walt Disco show that, in what possibly is the most tolerant generation ever to grace planet Earth, there’s nothing wrong if boys have a face mask, shave their legs and put make up on too. Quoting Walt Disco’s motto, there’s nothing controversial in simultaneously being ‘young, hard and handsome’. The band explain: “’Cut Your Hair’ was written as a wee fun jibe at people passing judgement to those who are just being themselves.”

Drawing as much inspiration from Talking Heads and The Associates, as from Charli XCX and drag queen Ru Paul, Walt Disco teach us to embrace our artistic and glamorous sensibilities with no shame. Cut your hair, but don’t get a job. Be who you want to be.

Produced by Gang of Four’s Thomas McNiece, ‘Cut Your Hair’ anticipates the band’s much-awaited debut EP out later this year.