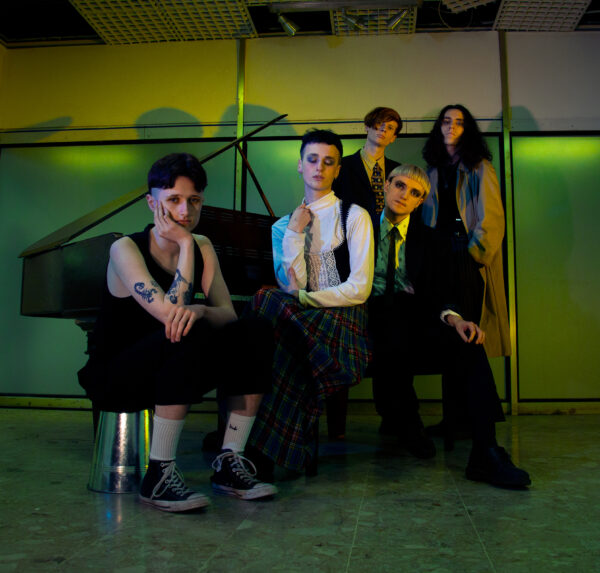 Whether you know them for their dark, angular, synth doused sound or their live shows that are always subverting expectations of male indie bands, you will no doubt have been mesmerised by the uncompromising artistry of Walt Disco.

No strangers to the drama of the modern dating game, having already covered the wide-eyed possibilities of early courtship in previous single, ‘Dream Girl 2#’, now they look at the subject from a darker angle. New track, ‘Strange To Know Nothing’ is all about fear and discomfort in the romantic unknown.

Caught between horror movie menace and the richness of 80s indie, the song starts with James Potter’s soft, ghost like ruminations, as the synth softly builds, before charging into an anthemic chorus where a satisfying doom tinged groove prevails. While ‘Strange to know’ will indulge fans alike, with its powerful chorus and dreamy synth sounds, there’s no denying that this one’s for the troubled lovers.