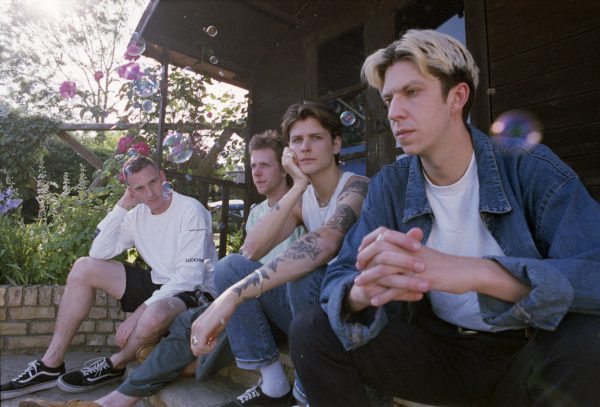 If we are keeping it simple, Bloody Knees sit somewhere safely between Nirvana and Oasis. That’s not to say that they’re another 90s regurgitation, but since their formation around 2013, you’ll have found them in the pages of NME and Kerrang. It’s a difficult balance to keep but they’re pleasing us all. Today the London rockers unveil a video for their brilliant new single ‘Spinning’. Giving viewers a taste of their live show, Bloody Knees turn to flashing lights (so flashy that they’ve added an epileptic seizure disclaimer) and intense close ups to accompany the bands more stripped back, first single of 2018. Frontman, Bradley Griffiths talks us through the track in a little more detail “We always try to write songs with the live setting and the audience in mind and I think ‘Spinning’ carries a killer, intense energy that will be SO good at our shows. It’s just a pure joy to sing along to, so learn the words and come to a show! Let’s get involved.”. Bloody Knees have developed an infectious energy that is hard to fight off, and despite their influence, it’s clear that they’re honing in on a sound which will soon be attributed to them alone.

‘Spinning’ is released with Distiller Records and comes ahead of the bands headline show at The Underworld, Camden on October 18th. Tickets here. Watch the video below.

We’ve added ‘Spinning’ to our So Young Radio Spotify playlist. You can find it here.