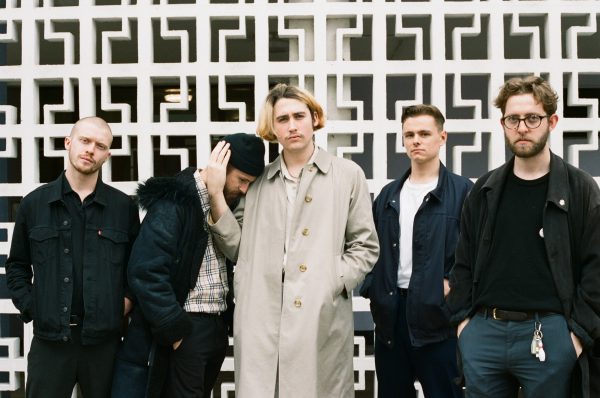 Bristol’s own Cruelty are the latest in an emerging lineage of bands playing furious post punk with a social conscience. New single ‘Disgraced’ is a ferocious foray into the uncomfortable, as it explores the relationship between mental health and romantic love – and deciding the sound the pairing creates is one of frantic drumbeat, Wytches-esque screeching guitars, and a synthesiser vying for dominance throughout.

Whilst much is always made of bands with ‘topical’ issues as a point around their music to revolve (and indeed, ‘Disgraced’ is lyrically rife with implicit nods to its subject matter), the genuine untethered, anguished energy given off by the track is inescapable. Screaming along at just over 2 minutes long, the track feels the exact sum of its ingredients as it materialises an atmosphere of fear and despair – seemingly on the verge of descending into chaos, yet holding it together long enough to make it to an abrupt ending.

Having made their live debut a meagre two months ago, the band have already been handpicked by IDLES to play Bruiser; the aftershow for their own sold out hometown gig next week. Contextualised against the recognition IDLES received thanks to their own recent album’s coupling of emotional honesty and raw quasi-punk sound, this accolade coming so soon in Cruelty’s career is surely the greatest indicator of what exciting things lie ahead.