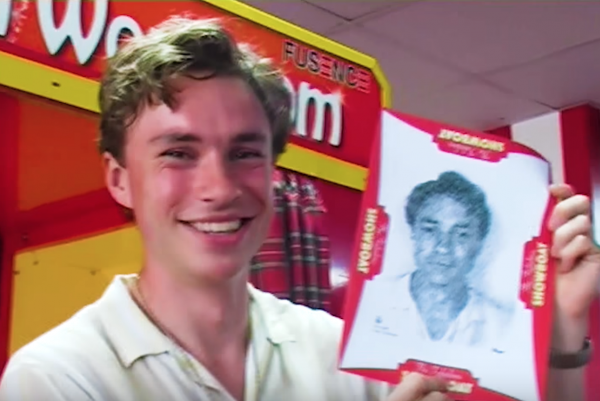 London’s Sports Team have had a successful time trekking the country of late, be it festival tents or regional shows in small venues, it’s quite likely you’ll have had a chance to see them nearby. Friday 3rd August sees them play Margate for the first time, hoping that the seaside resort will add to the love they’ve had so far; and to sweeten the locals, they’ve named their new single after the town. That’ll sell a few tickets right? The single itself lays the lyrical englishness we’ve come to adore from Sports Team on top of an altogether thrashier track compared to the bands previous output. And the video not only gives an insight into frontman, Alex Rice’s angular dance moves but also the general reaction from most of the public. We caught up with the band to chat about ‘Margate’ and it’s video before they head down to the Tom Thumb Theatre with a bus full of Londoners.

Your new single ‘Margate’ is out today, can you tell us about it?

It’s from the same era as Stanton, so one of our older songs. We’ve been playing it live since Moth Club, but have never been able to get a version we loved until this.

It’s a track you’ve played live a lot, but back then it was a short thrash out of a track…what happened in the studio?

We’ve always had in mind that we’d make Margate a bit longer when we recorded it. We were originally going to try putting choruses in, but it sounded ridiculous. On the last day with Burke we were playing around with the instrumental and the new verse melody just popped up, the rest of it folded into shape pretty quickly after that.

You headed down to Margate to shoot the video, what did you get up to down there?

We went down with Kris and Tom, who we’ve worked with on the Bev Rose and Kutcher videos so it felt more like a day trip than a shoot. We went swimming in the morning and then spent four or five hours bombing about in an old Suzuki Jeep. I’d recommend it to anyone.

There’s a huge tidal pool out towards the Dalby Cafe which was nice. The whole town is great. The only downside I’d say is that the weather turns in the evenings. I was “encouraged”  to wade out to a boat to play air guitar in a gale, which was quite bleak.

You’re heading down to Margate on Friday for a show at the Tom Thumb Theatre and have decided to take a bus load of fans with you for the ride…How did that idea come about? Has Alex prepared signed photos?

It started as something we thought would be fun. And then it actually happened. Coach hire is very reasonable. We all enjoy hanging out with people who like our music, so this is ideal really.

No guarantee on the signed photos then, but you can catch Sports Team at the Tom Thumb Theatre tomorrow. Details below. 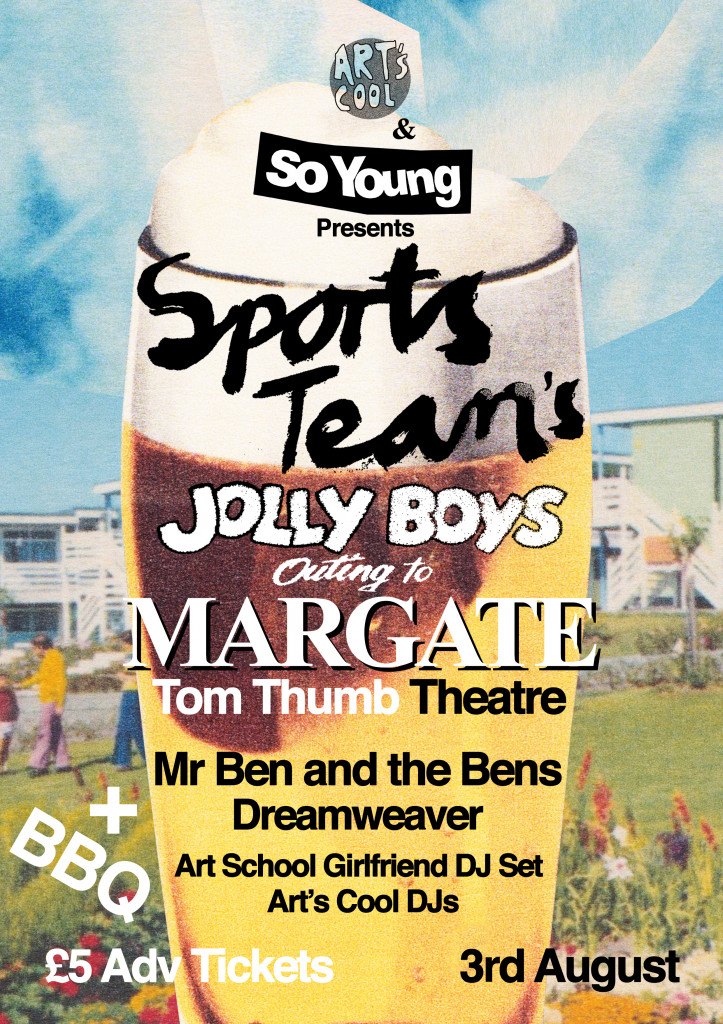