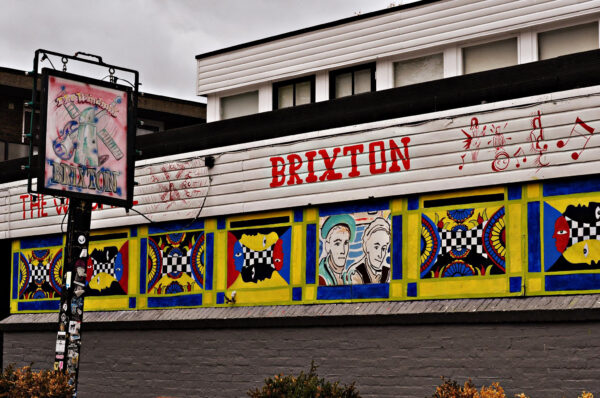 The Windmill, Brixton is held in rightfully high and equal regard by punter and band.

For bands, its been a venue with open arms, an opportunity for a debut show and a breeding ground for exciting new and experimental sounds. For everyone else, The Windmill is a cultural hub offering variety, community and likely, the next big thing. Following the cancellation of SXSW, Tim opened the doors of The Windmill to artists such as Meatraffle, PVA and Hotel Lux for fundraisers in a bid to help them recoup any lost pounds. It now feels as if The Windmill, along with many other independent UK venues, will now be in need of our help and the support of the community it has created.

In a bid to grasp an understanding of the feeling at the venue, we dropped Tim and email and in these vague times, he gave us all he could.

As a venue, what had you anticipated the effect of COVID-19 to be and how did it and its reputation begin to show itself within your venue?

I do not think anyone anticipated this a couple of weeks back. In fact, the first big nudge came when SXSW (and our stage with Black Country New, Road, HMLTD, Sorry and PVA) was cancelled on 6th March. It wasn’t until around 11th March that there was a drop off in attendance and since then it’s just slid very quickly to no gigs and no people.

What is the current trading situation at The Windmill?

Nearly all gigs in the next few weeks have been cancelled and since we only have about four regulars from the estate, the takings are minimal this past couple of days. We’re usually rammed on St Patricks Night but the live acts pulled out because they didn’t want to be help spread the disease so we’ve about six customers. No one really comes here apart from for the music and we don’t do gourmet burgers and stuff like that.

What is the current government advice to your venue and how has that impacted your business?

Err, wash your hands a lot.

What advice has been offered to you from the relevant government bodies regarding staying afloat at this time?

We’re part of Music Venues Trust so we let them collectively negotiate and report back. Today (17 March) the Chancellor offered some relief which we still have to do some number crunching on but Johnson’s initial announcement on Monday 16th was shocking – telling people not to go to pubs and clubs and yet offering nothing. He really threw us under the bus there and helped his buddies in insurance and landlordism but maybe they’ll see some sense. It’d have been better to be shut down for a while like they’ve done in other major cities so we could get some proper relief from the government.

What is the worst case scenario for The Windmill without live music over the next few months?

You can probably guess.

How can people help The Windmill until normality is restored?

This has really escalated so fast so we haven’t had time to take stock at all. Please follow us on social media and we’ll update you.

The Windmill doesn’t have an official crowd funding platform as it stands but there is a GoFundMe set up by For Breakfast who are trying to raise some money for the venue following their cancelled show. You can find that here.

We asked Tim to put together a playlist that’ll help people get through an hour or so of their day. He’s based it upon the venues SXSW stage which was one of the first COVID-19 casualties. Check it out.

Independent publishers, Rough Trade Books have recently released ‘Roof Dog: A Short History of The Windmill’ by Will Hodgkinson. You can order your copy here.