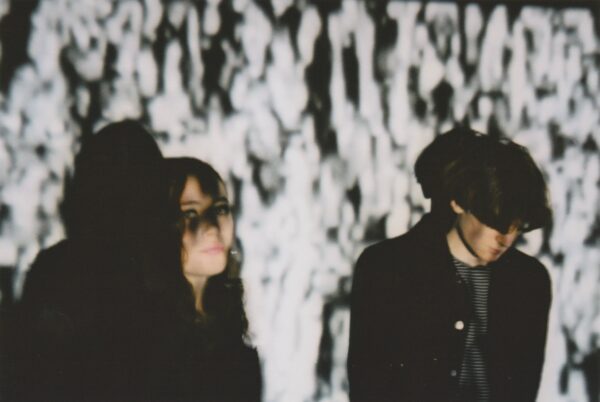 White Flowers is the haunting and beautiful new project of Katie Drew and Joey Cobb.

Bruising, effortlessly ethereal and deeply tangible – their debut single ‘Night Drive’ is an all-encompassing dreamscape – the sort of anxious, in-limbo memory that you wake up to and can’t quite put a finger on whether it was reality or from the deepest recesses of your mind.

The track groans and functions in a machine-like way, thick, oozing reverb bathing itself in the lashing rhythm and resounding slaps of drum. Yet it’s no way lethargic –  its actually liberating in the way it seamlessly floats from one phrase to the next, Katie Drew gently encouraging its progression with her lingering, explorative voice.

Such evocative musicianship harbours strong feelings – the overall mood reveals itself as the very core of the track and it’s wonderfully open and welcoming. Though ‘Night Drive’ propels itself with wide-ranging and chilling instrumentation – its also tender and unprotected – the anxiousness and worry of the world slowly fading into the ether as a sense of understanding and aspiration carries the weightless atmospherics of the track.

An irresistible introduction to a wonderfully intriguing prospect.