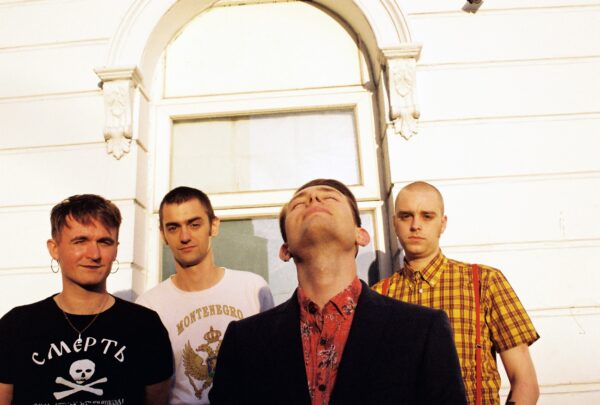 Somewhere between the full length interviews in our print mag, you’ll find a section called ‘Who Are You?’. It’s our place to introduce brand new bands who we feel should be on your radar. They’re currently playing tiny rooms but we don’t think that’ll be the case for long. Who Are You? has been home to the likes of Shame, Dream Wife, Sorry, IDLES, Our Girl and many more. Whilst the print edition only has room for a few questions, we like to post the full interview online alongside their latest releases for you to dig in to.

In Issue Nineteen we sent over the basics to London’s Italia 90 ahead of their headline show at The Five Bells later this month. Find the key details below.

We are Captain ACAB, J Dangerous, Les Miserable & Bobby Portrait. Together we are Italia 90. Formerly from the South coast but all been in London together for the last 5/6 years. We recently released two singles with Box Recordings that we’re super proud of.

We all grew up in or around Brighton, which has always been great for gigs and clubs and so was obviously an exciting place to be musically. But the most special thing about South London is probably the Marquis of Granby in New Cross.

We all went to school together, we’ve all known each other collectively for about 15 years, some for longer.

What brought you together?

We’d talked about getting a band together for years, and discussed everything about what it would sound and look like without ever actually getting in a room and playing together. Once we did that we realised we might actually be onto something.

Climate change and people treating sound engineers with a lack of respect.

The song Mobile Reassurance Unit is about the way that the police continue to operate in the same ways they always have, marginalising, profiling and attacking people, but they now do it from behind a cuddly and approachable image. The idea being that they have somehow changed their ways and cleaned themselves up from the inside. Mobile Reassurance Units are a real thing, and that song was written after seeing one out in central London.

Italia 90 play We Are So Young 1 at The Five Bells, New Cross later this month. Full details below and tickets can be purchased here. 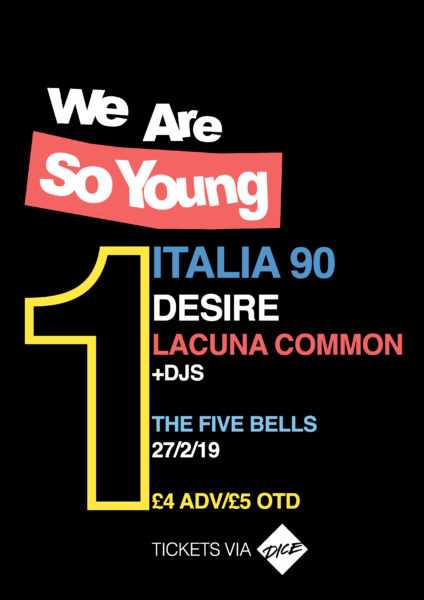