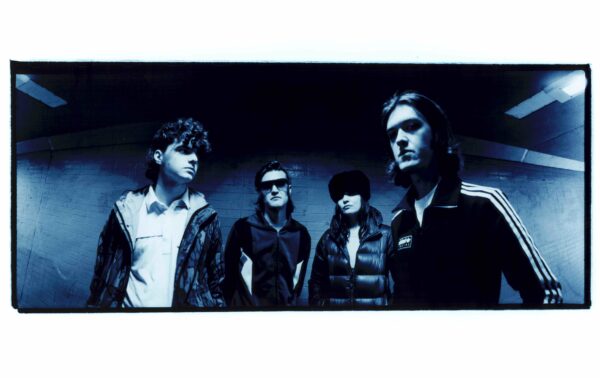 ‘Valleys’ – the opening track of Working Men’s Club’s forthcoming debut album – is also the centrepiece of the narrative that embeds itself within the liberating electronic pulse of the group’s very being.

Informed by Syd Minsky-Sargeant growing up in the Calder Valleys, the track captures the unconscious lethargy, frustration in boredom and lack of independence that is ingrained within growing up within the small-town ideology. Where their contemporaries may focus their attack on the surroundings and societal backwards nature of a provincial setting – Minsky-Sargeant looks inward – personifying the weight of depression that can overwhelm you within such restrictive confines.

Emerging from within subterranean layers of 808s, the track blossoms into their now familiar punch of industrial wallowing, evoking the coldness of 90s deep house within its resonating, angular stabs of ice synth. Yet within the textures, they burrow the longing and displacement within its folds, a tender, fragile resentment openly allowing itself to be comforted by the unwavering release of the incessant sound they craft.

‘Valleys’, in its instancy, evokes the release and escape that dance music has always provided. Minsky-Sargeant has always been forthright in his state of mind for which the creation of this record necessitated, but has perhaps not yet been this transparent on record in how small town isolation effected him personally and creatively, but also the way music – dance music in particular – offered such a beacon of a new way of life. That’s what makes Valleys the focus point of this exhilarating forthcoming album – it details the power and healing of art and creativity in its most noticeable effects.