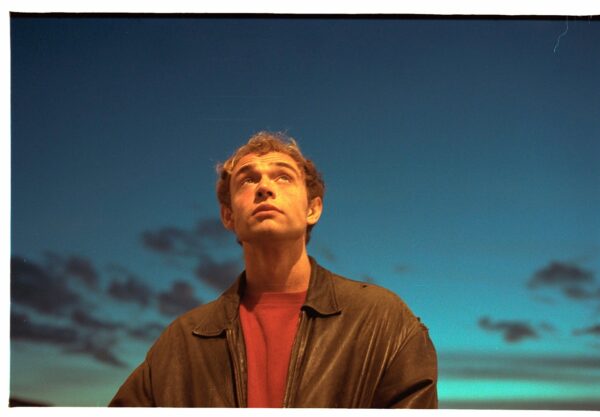 Psychedelics, and a fascination for all things floral, have long been a source for liberated adolescence, and all-embracing self-awareness.

Take Ultimate Spinach’s ‘Mind Flowers’. A hedonistic spiral through cosmic-lovin’ and fuzzed-captivation, ‘Mind Flower’s has an instant charm which, if any of its blossoming successors are to go by (think Primal Scream’s ‘87 debut ‘Sonic Flower Groove’), suggests that the age of floral escapism, and lovelorn, kaleidoscopic pastiche, is perhaps not as bygone as we’re led to believe.

Not too dissimilarly, Wunderhorse, the newest musical project helmed by Jacob Slater (Dead Pretties), is an impassioned exploration into the very heart of pent-up Psychedelia, bedazzled lo-fi, and ‘Madchester’ commercialism.

Whilst Wunderhorse aren’t revivalism as such, rather, a revamped panel on the stain-glass window to the soul, the group’s latest offering ‘Poppy’, is every bit the hallucinogenic familiarity its title suggests.

A genuinely alternative take on what can easily be an all too distinctive soundscape, ‘Poppy’ takes all the best bits of youth, Richard Ashcroft, and eternal living, and creates an iridescent creature of habitual euphoria; turning consciousness-expanding balladry into something altogether contemporary, that speaks entirely for itself.

With riffs for days, and more ‘bliss-out’ than Stacy Sutherland slipping inside a house, in ‘Poppy’, Wunderhorse have managed to pen a stadium-worthy anthem that’s as characteristically intimate as it is loud, proud, and unanimously timeless.

Beckoning its listener into a capsule of headily-heated elevation- like a greenhouse gently cultivating the remains of the Summer of ‘67, ‘Poppy’s’ strength is its masterfully sentimental feelings of endlessness, combined with a uniquely driven hindsight that could only ever belong to Wunderhorse.

The new issue of So Young is out now Ft. Parquet Courts, Matt Maltese, Honeyglaze, Gustaf and more. Buy your copy here, or read the digital edition below.