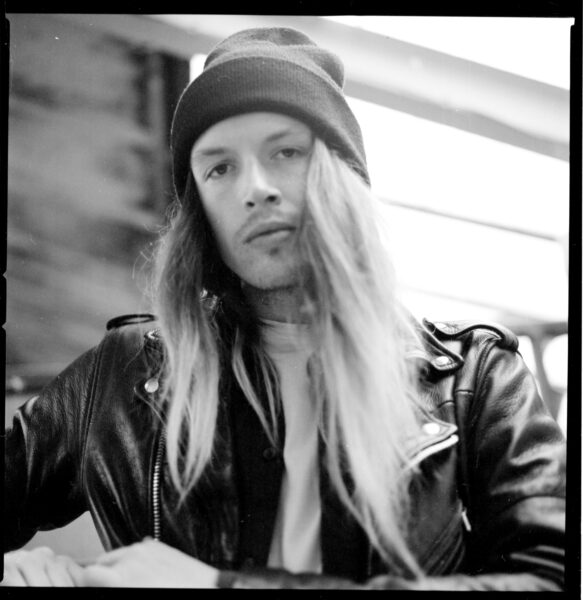 As if soundtracking your first night in your own bed in days after a heady weekend – ‘Bon Mot’ cushions your fall while acknowledging the anxieties that fill your mind, eventually allowing you to drift off into the colourful world of Yore.

The first single from the solo project of Callum Brown – a member of Hackney art-space group Vicious Collective and of the criminally underrated Ulrika Spacek – Yore embodies the indeterminable uncertainty of the subconscious – like waking up from a vivid dream and having absolutely no idea what it meant. The track evades wallowing from the weight of its own atmosphere – it rather dances loosely within it, favouring a sense of conciseness and unpredictability to evoke the beauty that slowly unveils itself.

Katie Drew’s ethereal vocal is equally yearning and at peace – a sense of finality reigning across each breath she tenderly imbues the track with an unspoken allure for comprehension. It’s certainly considered, yet embraces subtle variety that allows it to feel ebullient and accessible. The sense of insecurity in the unknown is only festered further by the track’s own sudden sparks of idiosyncrasy – yet these sudden exuberant notions are almost comforting – hinting at the limitless possibilities of the future.

A tantalising introduction to this textural delight – ‘Bon Mot’ is simply scratching the surface of what’s suggested from Yore.