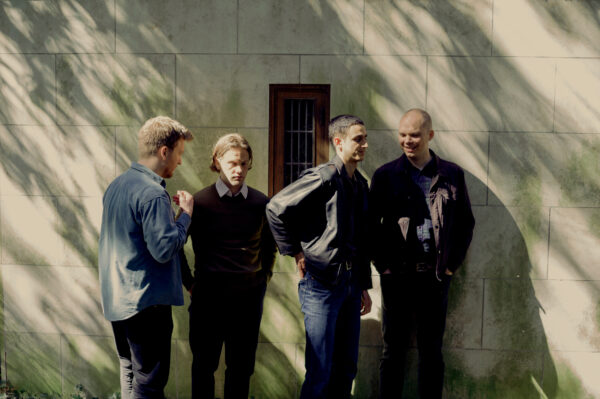 Like sliding a shiny penny into the slot of an inviting ride that sits static and lonely outside the local supermarket; the echoing clank of the coin a signal for the machine to sway with life.

A change is as good as a rest and all roads here initially point to a guitar heavy indie track only for the notion to be quashed by Mikkel Holm Silkjær’s vocal that arrives with a broad severity that washes away any hint of juvenility. The track creeps steadily to afford a story that has been so long in the making to be told, gradually expanding before unleashing a thrash of sound amidst which a notable guitar solo splices.

Yung calculate that it has been 1122 days since their last release, such a stint away has clearly been ample time or reflection, Silkjær declaring ostensibly “I’ve been doing time and now I see why”. Markedly distinct to its predecessors, the pockets on this leather jacket are much bigger and delve plenty deep, more room for unimportant objects to make a house a home. The leather soft and thick, riddled with scratches, each etching a story in itself.