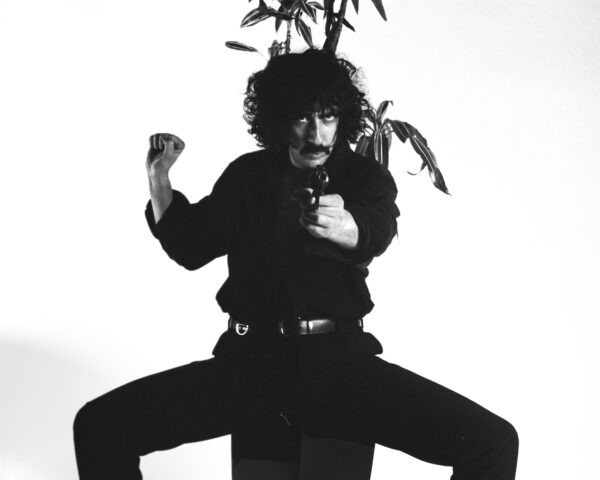 With his debut single, Jordan-born, London-based crooner Ziyad Al-Samman has got the rare kind of song on his hands that feels like it has been a cult classic for sixty years, but is in fact brand new. ‘Dark Horse’ is a sweet and sleazy ballad that showcases Al- Samman’s sultry voice and his penchant for simple yet touching lyrics.

Initially cutting his teeth in a variety of London bands, Al-Samman now emerges as a solo artist with a fully formed vision of his artistic identity. In ‘Dark Horse’, released by Handsome Dad Records, we meet a lover longing for forgiveness and romance. There also seems to be something sinister here, with Al-Samman – his looks reminiscent of Zappa in his best days – nodding to capricious crooners from the past, such as Lee Hazlewood, Dion and even a little Elvis.

There’s also more modern influences at play here, however, mainly in the hazy echoes of psychedelic pop that enable Al-Samman – whose voice evokes Damon Albarn’s at times – to turn ‘Dark Horse’ into a melancholic, cinematic experience. The song, the first Al-Samman wrote on piano, contains sparse layers of synthesizers that pave the way for some lush guitar strumming in the impassioned choruses.